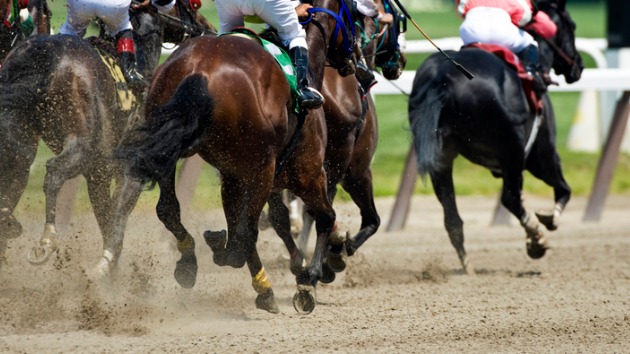 (WASHINGTON) — The U.S. House of Representatives has passed a bill that would ban doping horses on race day as well as install federal regulations over the sport to help ensure the animals’ safety.

In addition to banning race-day medication — a key concern tied to the safety and well-being of the animals — the Horseracing Integrity and Safety Act would establish a uniform set of track safety standards and put in place a uniform anti-doping and medication control program at all 38 racing jurisdictions.

The bill will now go to the Senate.

“This legislation tackles some of the key reasons behind the growing numbers of racehorse deaths in recent years, including the rampant doping of these animals with performance-enhancing drugs and painkillers that mask pain in order to allow injured horses to train or race,” a statement from the Humane Society reads. “Racehorses would only be allowed to compete if they are free from such drugs.”

The proposed legislation comes after years of controversial horse deaths and animal welfare advocates calling for federal regulation of horse racing. In March 2019, Southern California’s Santa Anita Park introduced a zero-tolerance policy for almost all medication on race day after dozens of horses died within months of beginning the season.

An average of 8.5 horses died during races every week in 2019, according to The Jockey Club’s Equine Injury Database. This number does not include horses that died during training.

“This is an animal protection crisis, and we commend House members for their swift and decisive vote to end it,” Humane Society CEO and President Kitty Block said in a statement.

The bill is supported by Churchill Downs Incorporated, the Louisville-based operator of the Kentucky Derby, The Jockey Club, the Breeders Cup and the National Thoroughbred Racing Association, according to the Humane Society.