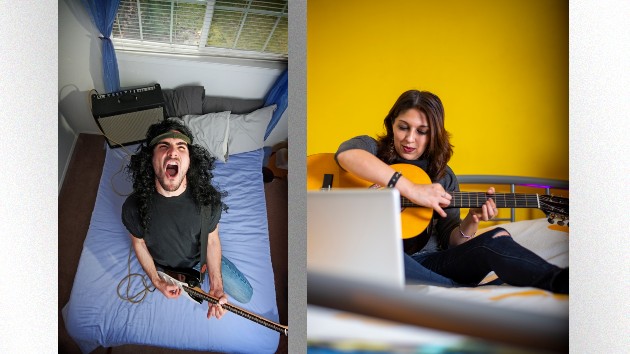 Baking, gardening and doing jigsaw puzzles were all popular quarantine hobbies, but one hobby seems to have saved an entire industry. Sales of guitars, both acoustic and electric, absolutely exploded, with record-breaking numbers across the industry.

In March, things looked grim as guitar factories closed down.  But then, Taylor Guitars co-founder Bob Taylor tells ABC Audio, “We start filling orders. And then April, we wrote orders for more guitars than we ever had. And then June, more than that. And then July was unbelievable. We wrote a half a year’s worth of business in June and July.”

“Normally, we would write ten million dollars,” Taylor says of summer sales. “And we wrote three, four times that. It was just stupid!”

So why did so many people decide to unleash their inner Jimi Hendrix while in lockdown?

“I like to say that it was a relief from bingeing on Netflix,” says Fender CEO Andy Mooney. “People wanted to invest time in themselves.”

“Learning any musical instrument and guitars — perhaps one of the more accessible instruments to learn — is just fundamentally good for your psyche,” he adds. “And God knows, we all needed some psychic relief during these last three months. So I think that’s largely what drove it.”

In fact, Mooney was shocked at the results after Fender offered free three-month trials for its online guitar instruction app Fender Play.

Here are the top five learned songs on Fender Play:
“(I Can’t Get No) Satisfaction”
“Waiting in Vain”
“Another Brick in the Wall Pt. 2”
“Come As You Are”
“Bad Moon Rising”