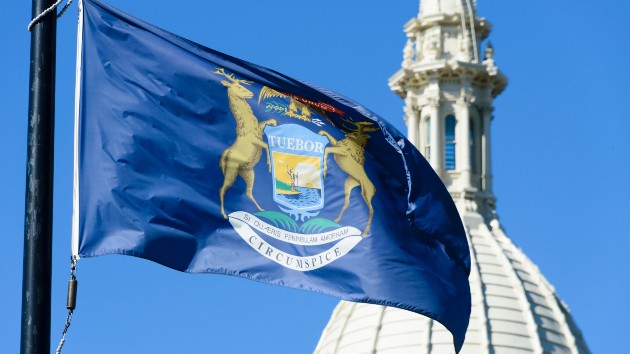 (WASHINGTON) — From the early 1990s through the presidency of Barack Obama, Democrats had six consecutive presidential election victories in Michigan, building a coalition of union voters and urban support that many viewed as unbreakable ahead of the 2016 election. Then, Donald Trump came along.

Fewer than 11,000 votes separated the Republican nominee and Democratic presidential candidate Hillary Clinton in Michigan in 2016 — proportionally, the closest margin in any state that year — but it was enough to send all 16 of the Great Lakes state’s electoral votes to Trump and mint a newfound standing as one of the nation’s preeminent battleground states.

Four years later, ABC News’ This Week traveled to Michigan as part of its “Six for the Win” series to analyze whether the state would again be one of the linchpins to a Trump victory or if it would revert to the “blue wall” status and deliver Joe Biden the sizable margins Obama won in his two runs.

“It didn’t take long for me to really have severe buyer’s remorse,” Sterling Heights Mayor Michael Taylor, a Republican, said of his 2016 vote for Trump.

Taylor, who leads the state’s fourth-largest city, located in Macomb County north of Detroit, characterized himself as a reluctant Trump voter during the last election. Reluctant or not, voters like Taylor made Macomb County a so-called pivot county, swinging from support of Obama in 2008 and 2012 to Trump in 2016 — and perhaps serving as the tipping point for the president statewide as Trump defeated Clinton by over 47,000 votes in Macomb alone.

“Joe Biden is a different candidate than Hillary Clinton was, and he doesn’t need to peel off a whole lot of voters here,” Taylor told ABC News. “He just needs a very small percentage.”

The mayor cited Trump’s character as his motivation for crossing party lines and announcing his support for Biden, becoming — along with Republican Gov. Rick Snyder — one of the most prominent Republicans in the state to buck the president. But reflecting on his 2016 experience and his neighbors and constituents, Taylor cautioned Trump critics to not make hasty judgements of his supporters based on the president’s words and behavior.

Supporters of the president in the county repeatedly cited his record on jobs (prior to the coronavirus outbreak) and trade — an issue of particular importance to the region’s automobile manufacturers — and largely expressed greater excitement to vote than their Democratic counterparts.

“I’m definitely more enthusiastic,” auto worker and St. Clair Shores City Council member Chris Vitale said. “Initially, [in 2016] he was a candidate, he was unproven. This time around, I’ll have at least seen four years of track record.”

“He’s created jobs, he’s created opportunity. You know, he’s gotten people back to work,” said voter Kim Neumann Rice, who added that she didn’t think voters should be dissuaded by the economic downturn during the pandemic.

“I think that if you look at the bigger picture, and I just hope that people don’t focus on 2020 alone, I think you have to look at the big picture before you make those types of decisions,” she said.

Rebecca Gregory, a nurse who has spent the last six months facing the immediate impact of COVID-19 as a front-line worker, echoed the sentiment.

“You know, I tell everyone I don’t care what side they’re on. I blame no one for making mistakes during the pandemic. It’s new,” she said, adding, “I think overall, [Trump has] done the best he can with it. Mistakes were made on either side.”

Democrats and Biden supporters were far more critical of the president’s pandemic response, but still noted that the former vice president was not without his own flaws. Reverend Charles E. Williams II of King Solomon Church in Detroit questioned the Biden campaign’s field operation and the candidate’s engagement with voters, even while acknowledging the limitations of canvassing in a changed political environment.

“This is the time where you need to see Joe Biden and [Kamala] Harris passing out masks, serving people food. This is a urgent time in America right now and simply talking is not enough,” he said, adding that he also wished to see the Democratic ticket “on the front lines” of racial justice protests.

Despite his critiques, Williams still considers himself a strong backer of Biden’s and noted that the death of Supreme Court Justice Ruth Bader Ginsburg and Trump’s intention to fill the seat reemphasized the importance of the election.

“I think what we’re seeing is the ultimate level of hypocrisy coming from the president,” he said of Trump’s opposition to Obama’s ultimately failed nomination of Judge Merrick Garland to the late Justice Antonin Scalia’s Supreme Court seat during the final year of his presidency in 2016.

Even Vitale, the Trump supporter, expressed hesitation about a rushed confirmation process, albeit for different reasons, sharing a concern about how the potential future justice will be viewed in future years.

“Ideally, it would be best for a confirmation after the election so there isn’t any problem with legitimacy,” he said.

With just over a month until Election Day, a dearth of recent polling in Michigan has left it unclear which candidate has the advantage, but with early voting getting underway in the past week, the state’s secretary of state reported a different, eye-popping number this weekend: 2.4 million. That’s the number of absentee ballots that have already been requested in the state — over four times as many as had been requested at this point in 2016.

That’s a number that, on its own, is larger than the total votes cast in the state for either Trump or Clinton four years ago.