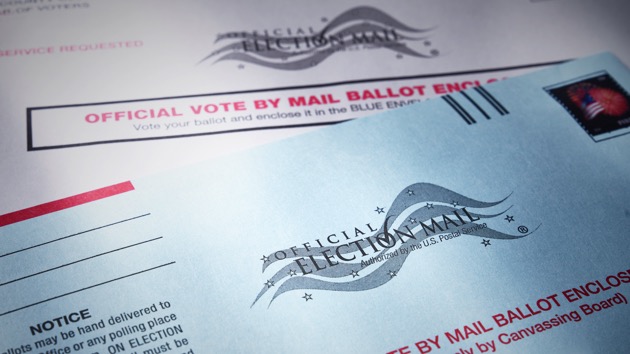 (COLUMBUS, Ohio) — A federal judge denied a challenge to the way the state of Ohio processes absentee ballots, just 36 days before the election.

Currently in Ohio, to secure absentee ballots, a voter must fill out a form and provide their name, date of birth and signature, among other information, and send it in to the Ohio secretary of state’s office.

The League of Women Voters, a civic group that encourages women to take a larger role in politics, filed the suit, claiming the signature verification process was subjective.

U.S. District Court Judge Michael Watson said in an order issued Sunday night that while this process is a “moderate burden,” voters in Ohio “have multiple options to exercise their right to vote even if their ballot is rejected due to signature mismatch.”

“Additionally, the Court believes that changing the rules regarding verification of signatures on ballots at this time would be particularly damaging,” Watson wrote.

“Some public officials have unfortunately regularly cast doubt on the security and legitimacy of voting by mail,” Watson wrote. “A federal court enjoining part of the State’s procedure for maintaining the security of mail-in voting in the weeks leading up to the election could further undermine public confidence in elections.”

The League of Women Voters has not responded to ABC News’ request for comment.

A spokeswoman for the Ohio secretary of state’s office, which is responsible for overseeing absentee ballot registration, lauded the ruling.

According to LaRose’s office, 1.8 million absentee ballot applications have been received by his office. LaRose told ABC’s GMA3 that number crushes the 2016 absentee ballot requests.

LaRose is also facing another lawsuit, this one by the Ohio Democratic Party on the state’s drop box rule. Counties in Ohio can only have one drop box, according to the secretary of state’s office.

On GMA3, LaRose wouldn’t comment on the pending litigation, but did say he follows the law.

“As Ohio’s Chief Elections Officer, I don’t get to make up what the law says I have to follow the law. Now, here’s the good news. In Ohio, every County Board of Elections has a secure dropbox,” he explained. “This is new, this wasn’t the case. In fact, this is the first time in a general election in our state’s history that every county board of elections has that.”

A Franklin County Court of Common Pleas judge issued a preliminary injunction saying the secretary of state’s office could not put a moratorium on how many drop boxes there are in one county.

Biden administration to pause most ICE deportations, among other immigration policy shifts
Lawmakers outraged at images of National Guard sent from Capitol to parking garages
Austin makes history as first African American to lead Pentagon
“I was just trying to keep warm!” Bernie Sanders laughs on ‘Late Night’ about his meme-ready picture
As nursing homes get vaccine, assisted living centers are left ‘falling through the cracks,’ experts say
‘Game of Thrones’ prequel, ‘Tales of Dunk and Egg’, in the works at HBO