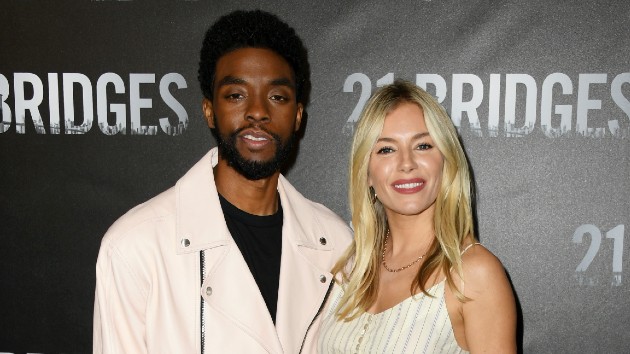 (LOS ANGELES) — One month after his passing, stories of Chadwick Boseman’s generous spirit continue to come to light.

Sienna Miller, who co-starred opposite the late actor in the 2019 action-thriller 21 Bridges, reveals in a new interview with Empire that Boseman donated part of his salary to her.

“I didn’t know whether or not to tell this story, and I haven’t yet. But I am going to tell it because I think it’s a testament to who he was,” Miller begins.

“This was a pretty big-budget film, and I know that everybody understands about the pay disparity in Hollywood, but I asked for a number that the studio wouldn’t get to,” Miller explains. “And because I was hesitant to go back to work and my daughter was starting school and it was an inconvenient time, I said, ‘I’ll do it if I’m compensated in the right way.’”

“And Chadwick ended up donating some of his salary to get me to the number that I had asked for. He said that that was what I deserved to be paid,” says Miller, who calls the gesture “the most astounding thing” she’d ever experienced during her Hollywood career.

“It’s just unfathomable to imagine another man in that town behaving that graciously or respectfully,” she says.

Boseman passed away on August 28 at age 43 after a private battle with colon cancer.

Amazon tells President Biden it ‘stands ready to assist’ his ambitious vaccine goals
“Come with me if you want to live” — Arnold Schwarzenegger gets COVID-19 vaccine
Former ‘That ’70s Show’ star Danny Masterson pleads not guilty to rape charges
“This isn’t going to be quiet”: Daniel Kaluuya recalls when ‘Black Panther’ went from being a movie to a “moment”
Jeremy Renner reveals how he’s training for his upcoming Disney+ series ‘Hawkeye’
Biden inauguration live updates: Biden arrives at Capitol, prepares to assume presidency