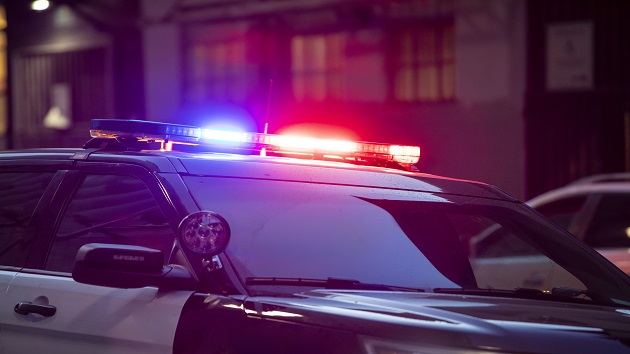 (YORBA LINDA, Calif.) — A California woman has been charged with attempted murder after driving through a group of dueling protesters during a “Caravan for Justice” event Saturday afternoon.

“Approximately 30 minutes after the protests began, we began to receive reports of physical altercations occurring between the two protest groups, including at least one individual who was pepper-sprayed by another protestor,” the Orange County Sheriff’s Department said in a statement.

The crowd grew to about 250 people and due to the violence and “reports of individuals within the crowd having weapons” the sheriff’s department declared an unlawful assembly.

It was after a dispersal order was given that a woman, identified as Tatiana Turner, drove through a group of protesters, many waving Trump flags, outside the Yorba Linda Public Library at about 3 p.m. local time. Two people, a man and a woman, were hit by the car, with both suffering “major injuries.” Both are expected to survive, officials said.

The white sedan was pursued by dozens of protesters who smashed several of the car’s windows before she was detained by law enforcement. Dozens of deputies were on hand for the two protests, which had been scheduled for weeks.

Turner, 40, of Long Beach, was charged with attempted murder and assault with a deadly weapon and was booked into Orange County Jail.

The Orange County Sheriff’s Department identified Turner as a member of the “Caravan for Justice” event.

Another person at the event, Jason Mancuso, 46, was arrested on charges of failure to obey the dispersal order, the sheriff’s office said.

The incident Saturday came two days after a person was hit by a pickup truck at a protest in Hollywood. Protesters surrounded the truck Thursday night after which it tried to get away from the situation and hit a person in the street, the Los Angeles Police Department said. The person was taken to the hospital with minor injuries.

In another accident at the same event, two vehicles crashed into one another when a truck involved in the protests tried to block in a white Toyota Prius. The Prius backed into a Mustang as it tried to escape the situation, police said.

No one has been arrested in either incident Thursday and the investigation was ongoing.

Washington state deputy shot and killed in the line of duty
Missouri county’s order reinstating mask mandate amid delta surge met with challenges
What is a Golden Slam? Novak Djokovic looks to make men’s tennis history with Olympics
Lack of diversity in higher learning can be a problem for diverse student bodies
New legislation would require women, like men, to sign up for potential draft
Whoopi Goldberg joins film on Emmet Till’s mother; Marla Gibbs & Jackée Harry to reunite on ‘Day of Our Lives’ & more