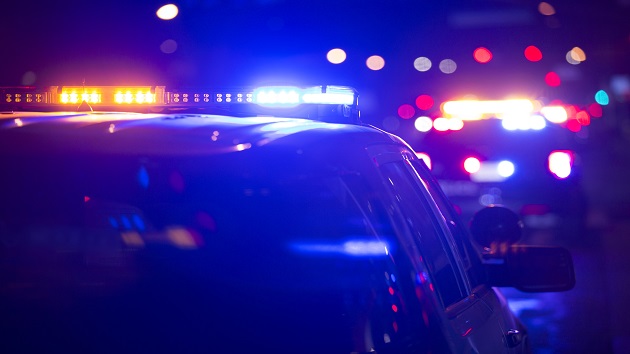 (NEW YORK) — At least 28 people were arrested overnight as civil unrest continued in Louisville over a grand jury’s controversial decision in the Breonna Taylor case.

Tensions have boiled over in the streets of Kentucky’s largest city in the days since a grand jury declined to indict three white police officers in the death of Taylor, a 26-year-old Black woman shot in her own apartment in March.

Louisville Metro Police Department (LMPD) officials said in a Twitter post that just before the curfew started, orders were given over loudspeakers for protesters to clear out of Jefferson Square Park in the downtown area. Officials said the orders to disperse were made when police officers saw people “gathering plywood shields and other items that could be used as weapons” and gleaned from media reports that demonstrators were intending to engage in a standoff with police.

While many protesters left the area, police said a large group sought sanctuary at the First Unitarian Church, several blocks from the park.

Just before midnight, according to police, a small group of people left the church and set pieces of wood police described as “plywood shields” on fire in the street outside the church and began causing destruction in the area.

Many windows at Spalding University, a private Catholic school, and at nearby Presentation Academy, a women’s college-preparatory high school, were smashed, police said.

LMPD officials released police helicopter surveillance footage of several people apparently throwing objects through the windows of a car parked on the Spalding University campus, and two people lighting an incendiary device and throwing it inside the car, causing a small explosion and fire.

The FBI field office in Louisville tweeted that it is working with Louisville police to identify the individuals who set the car on fire.

Around 2 a.m., police tweeted that 28 people had been arrested on Saturday night and into Sunday morning.

During protests Wednesday night, two Louisville police officers were wounded in shootings and a suspect was arrested. The suspected gunman, Larynzo Johnson, 26, who is jailed on $1 million bond, was charged with two counts of assault on a police officer and 14 counts of wanton endangerment of a police officer. He has yet to enter a plea.

The protests in Louisville, which have been ongoing for more than 120 days, were refueled on Wednesday when a Jefferson County grand jury announced that none of the police officers involved in the shooting that left Taylor dead in her apartment were indicted for her death.

Only one officer involved in the shooting that killed Taylor was indicted by the grand jury. Brett Hankison, who was fired in June for violating police department policy during the Taylor shooting, was charged with three counts of felony wanton endangerment for firing errant shots into Taylor’s apartment that penetrated a wall and went in the residence of a white family.

Cameron claimed the officers opened fire when Taylor’s boyfriend, Kenneth Walker, fired at them first with a licensed gun hitting Mattingly in the leg when the officers forced open the front door in the early morning hours.

Taylor, dressed in her nightclothes, was shot six times by bullets fired by Cosgrove and Mattingly, Cameron said, adding that an FBI ballistics analysis determined that the one fatal shot came from Cosgrove’s 40-caliber weapon. He said that none of the shots fired by Hankison struck Taylor.

Cameron said the investigation showed Mattingly and Cosgrove were justified in their use of force because Walker shot at the officers first and they returned fire to protect themselves.

Cameron also said the investigation determined that the officers, who had a “no-knock” warrant, knocked first on Taylor’s door and announced themselves before ramming the door open. He cited an independent witness who corroborated that scenario.

On Friday, Taylor’s family and their attorneys called on Cameron to release the transcripts of the three-day grand jury proceedings, alleging Cameron’s office presented scant evidence, if any at all, specific to Taylor’s shooting, thereby assuring no charges would be filed in the death of the emergency medical technician. The lawyers also disputed Cameron’s claim that the officers knocked and announced themselves before forcing their way into Taylor’s apartment, saying a dozen other people at the apartment complex, including Walker, say they did not hear the plainclothes police officers make their presence known before the barrage of gunfire rang out.

The grand jury’s announcement followed a $12 million settlement Taylor’s family reached earlier this month with the city of Louisville in a wrongful-death lawsuit Tayor’s mother, Tamika Palmer, filed in April. The settlement, which lawyers for the Taylor family say is the largest ever paid out for a Black woman killed in an alleged police misconduct case, also includes an agreement from the city to implement major reforms in the police department in hopes of preventing a similar tragedy from occurring.

Cameron conceded that his office did not look into the warrant as part of its investigation.

The Department of Justice is also investigating to determine if any civil rights violations occurred in Taylor’s shooting, and an LMPD internal probe has been launched to determine if six officers involved in the drug trafficking case that led to Taylor’s death violated department policies.

During the news conference in Louisville with Taylor’s relatives on Friday, activist Tamika Mallory, who has been leading the protests in Louisville, slammed Cameron, Kentucky’s first African American attorney general, as an advocate for the police and traitor of the Black community.

“We are not going home,” said Mallory of New York. “We will make sure that this city is as uncomfortable as it can be and we intend to travel across the state of Kentucky and make sure that in every corner of this state they know who you are Daniel Cameron and who is upholding the system of white supremacy that continues to oppress our people.”

Mallory added that until the officers involved in Taylor’s shooting and the investigation that led to the tragedy are fired from the police department, “I promise you, we will make these streets hot.”