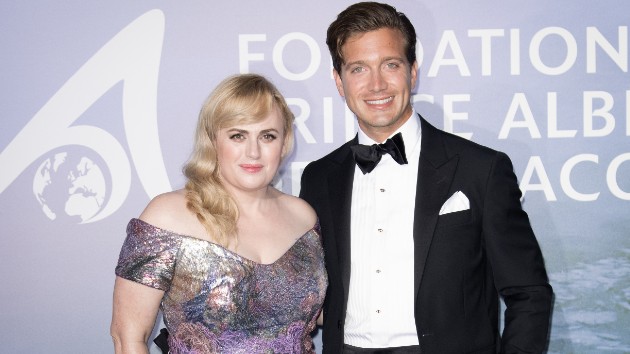 (MONACO) — From Instagram official to red carpet debut, it looks like Rebel Wilson has a new man in her life.

On Thursday, the Pitch Perfect star debuted her rumored new beau, Jacob Busch, in a social media post that showed them boarding a helicopter alongside Kate Beckinsale and Helen Mirren.

“Quick Helen, get to the chopper! #TeamMonaco,” she wittily captioned the post.

Later that day, Wilson and Busch — who is part of the Busch family, founders of the Anheuser-Busch dynasty — appeared on the red carpet together as they attended Prince Albert’s Planetary Health Gala in Monaco.

A source told People, “They are officially boyfriend and girlfriend.”

“He’s a gentleman, has very old school manners and treats her well,” the source continued. “He is also very health conscious and they’ve been motivating each other with their health journeys.”

The insider also shared that the two met through friends last year in Australia and got serious once the actress returned to California, where Busch lives.

Busch previously dated former Real Housewives of Beverly Hills Adrienne Maloof, 59, who he had a 28-year age gap with.