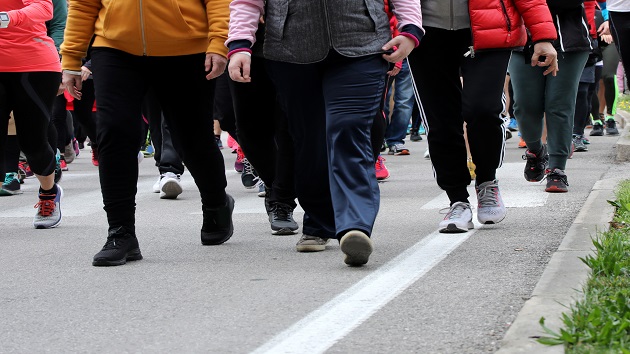 (LOUISVILLE, Ky.) — Protests in Louisville, Kentucky turned violent as police said two officers were shot during demonstrations that erupted after a grand jury on Wednesday indicted one officer for allegedly endangering the neighbors of Breonna Taylor during the police shooting that resulted in her death.

The Louisville Metro Police Department provided limited details about the shooting, which took place just before the 9 p.m. curfew went into effect. Both officers are stable and have non-life-threatening injuries.

“I am very concerned about the safety of our officers,” interim Police Chief Robert Schroeder said at a press conference Wednesday night.

The investigation into the shooting was ongoing, according to the LMPD. One suspect was in custody, police said.

It is unclear if the shooting was directly related to the protests.

President Donald Trump, who earlier in the day said he was not familiar enough with the case to comment, tweeted late Wednesday that he was praying for the officers.

“Praying for the two police officers that were shot tonight in Louisville, Kentucky,” he wrote. “The Federal Government stands behind you and is ready to help. Spoke to @GovAndyBeshear and we are prepared to work together, immediately upon request!”

Democratic presidential nominee Joe Biden offered similar sentiments, writing on Twitter, “Even amidst the profound grief & anger today’s decision generated, violence is never & can never be the answer. Those who engage in it must be held accountable. Jill & I are keeping the officers shot tonight in Louisville in our prayers. We wish them both a swift & full recovery.”

The shooting took place after hours of relatively peaceful protests throughout the city in the afternoon and evening hours following the grand jury decision.

Officer Brett Hankison, who has been fired, was indicted on three counts of first-degree wanton endangerment for allegedly endangering Taylor’s neighbors when he fired into the apartment complex.

The neighboring apartment had three people inside, thus the three charges against Hankison, said Kentucky Attorney General Daniel Cameron. The other officers involved in Taylor’s death were not charged.

Taylor family attorney Ben Crump tweeted Wednesday, “NOTHING for the murder of Breonna Taylor. This is outrageous and offensive!”

Taylor’s sister, Ju’Niyah Palmer, posted to Instagram, “Sister I am so sorry.”

In an Instagram story, Palmer said Taylor, who had previously worked as an EMT for the city, was “failed by a system” she “worked hard for.”

On the streets of Louisville, after the sole indictment was announced, some wept, some chanted and some marched.

“We will be engaged in limited and specific missions, protecting critical infrastructure. Our Guard leadership has been directed to retain command and control at all times while working with the Louisville Metro Police Department,” he said in a statement.

“We’re here to support the city of Louisville and its citizens and provide public safety,” Brig. Gen. Hal Lamberton, Kentucky’s adjutant general, said in a statement.

Fischer told reporters that there were arrests during one protest that took place on Bardstown Road.

Demonstrators and police in riot gear squared off after some protesters allegedly knocked over patio furniture at a business, according to Louisville ABC affiliate WHAS-TV. Officers allegedly used pepper balls to disperse the crowd and arrested some protesters.

The mayor did not give more details on the number of arrests. Officers used their vehicles to block streets closer to downtown Louisville.

Protesters grew throughout the evening, with most remaining peaceful marching through the streets.

Many chanted Taylor’s name and “Black Lives Matter,” as a line of officers stood shoulder to shoulder, blocking them from parts of Louisville.

In Seattle and Portland, Oregon, where protests have been held nearly every night since the death of George Floyd in May, protesters violently clashed with authorities.

An unlawful assembly was declared in Seattle after multiple fires were set and explosives were thrown at officers, according to police.

“Protestors continue to throw rocks, bottles, and even a fire extinguisher at officers. Additional arrests have been made,” the department tweeted.

Multiple officers were injured, including one who was hit with a baseball bat, which cracked his helmet, according to a statement from the Seattle Police Department.

A group of protesters was causing property damage as they marched through Seattle, authorities said. Around 10:45 p.m. local time, police said protesters approached the East Precinct and threw an explosive that went through a gate and exploded near bike officers. A few minutes later, wires that power the security cameras to the precinct were cut.

When officers tried to arrest the suspect who allegedly threw the explosive, rocks and bottles were thrown at them, police said. Officers then “deployed pepper spray and blast balls.” Authorities said 13 people were arrested with charges ranging from property destruction, resisting arrest and assault on an officer.

Portland Police say an awning outside a precinct was lit on fire and “multiple rocks” were thrown, leaving substantial damage. Authorities also said a Molotov cocktail was thrown towards officers overnight.

Hundreds gathered outside the Barclays Center in Brooklyn, New York, while large groups also gathered in Atlanta and marched to city hall in Austin, Texas. Groups gathered in downtown Denver and Sacramento, California, as well.

All of the gatherings nationwide appeared largely peaceful.

Taylor, a 26-year-old Black woman, was shot dead by police while in her Louisville home on March 13. Taylor and her boyfriend, Kenneth Walker, were asleep when three Louisville Metro Police Department officers, including Hankison, tried to execute a “no-knock” search warrant. The officers were investigating a suspected drug operation linked to Taylor’s ex-boyfriend. No drugs were found in the apartment.

Walker contends he asked the officers to identify themselves as they tried to break open the door, but got no response, which prompted him to open fire with his licensed gun. Mattingly was shot in the leg, according to Cameron.

The attorney general said Hankison fired no shots that struck Taylor. He added Detective Myles Cosgrove and Sgt. Jonathan Mattingly were “justified” when they opened fire 22 times during the incident since they were returning fire.

Hankison was fired and the other officers involved were placed on administrative duty.

Taylor’s death sparked months of nationwide protests against police violence and calls for the officers to be charged.

Across the country, people turned to social media Wednesday to voice their frustration and anger.

Chanelle Helm, an organizer of Black Lives Matter Louisville, said, “We shouldn’t be too surprised at what’s happening.”

“What is frustrating is that white supremacy, this government and its elected officials continue to deny us healing and any taste of what real justice looks like. Justice in this country is nonexistent,” Helm said in a statement. “This country hasn’t changed. This country hasn’t come to the realization that fascism was its only goal. We move every day for capitalism and not for humanity. Instead of bringing in paths for healing, we keep bringing in more law enforcement, more military and more representations of the systems we desperately need to dismantle.”

The ACLU of Kentucky called this “the latest miscarriage of justice in our nation’s long history of denying that Black lives matter.”

“We join the Taylor family and the community in protesting and mourning the Commonwealth’s choice to deny justice for Breonna,” the ACLU said in a statement. “Breonna Taylor was killed when plainclothes officers used a no-knock warrant to enter her home in the middle of the night. They did not even perform life-saving measures as she took her last breaths after they shot her five times. Throughout this tragic series of events, including today, the police and prosecutors continuously have failed Breonna Taylor, her family, and Black Kentuckians.”

“This outcome shows us that true police accountability does not exist in Kentucky,” the ACLU said. “The results of this investigation reflect insufficient standards for police use of force, government-sanctioned violence and terror in communities of color, and a need to completely rebuild our justice system.”

Derrick Johnson, president and CEO of the NAACP, tweeted, “Breonna Taylor deserves justice. This was not justice. 1 of the 3 officers was indicted for wanton endangerment. No one was charged for her murder.”

“We must take this anger to the polls, and vote this November like we’ve never voted before,” he said. “Black Lives Matter.”

Kelly Ripa and Ryan Seacrest to give away $10,000 in prizes for virtual Halloween costume contest
Mariska Hargitay brings cookies to New Yorkers waiting in line to vote: “It was the least I could do”
Coronavirus updates: Space Force’s second in command tests positive
Two dead as Zeta batters South, now a tropical storm
Former DEA spokesman sentenced to seven years in prison for posing as CIA operative
Van full of explosives found in Philadelphia following week of social unrest: Police