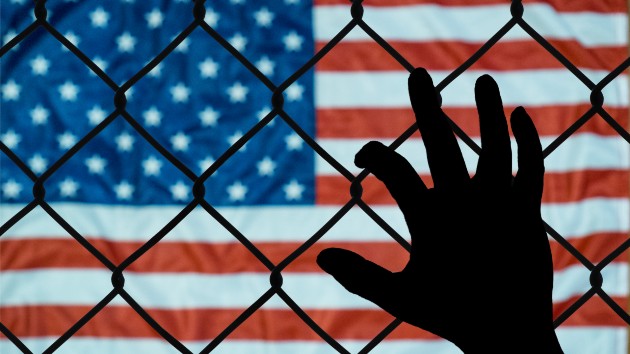 (WASHINGTON) — A group of prominent former U.S. officials is joining state and local governments, U.S. lawmakers, religious leaders and resettlement agencies in urging the Trump administration to increase refugee admissions in fiscal year 2021 amid historic need around the world.

The administration is supposed to consult with Congress and make a decision by the end of the fiscal year, in one week. But there is growing concern that President Donald Trump will decide to zero out refugee admissions, delay them indefinitely, or reduce the admissions cap even further.

So far, the U.S. is on track to admit just over 10,000 refugees, which is also the lowest number of admissions since 1975, according to U.S. government data. The next closest figure is nearly double as many, in 1977.

A State Department spokesperson declined to comment on Trump’s cap and “the internal discussions or the timeline related to its development,” but told ABC News it was ultimately the president’s decision.

Seven former U.S. officials who ran the refugee admissions program under both Republican and Democrat administrations urged Secretary of State Mike Pompeo to express alarm at such a suspension and call for a “substantial increase” in admissions.

“We believe that any further reduction in refugee resettlement would represent the disregard of dire needs of displaced people around the world at a time when other governments are bearing substantial responsibilities to provide refuge,” while a “suspension would walk away from a proud U.S. tradition of welcoming those individuals to our country who are seeking better lives for themselves and their children,” wrote Republicans James Purcell and Arthur Dewy and Democrats Frank Loy, Phyllis Oakley, Samuel Witten, Eric Schwartz and Anne Richard.

The U.S. had suspended refugee admissions during the first few months of the coronavirus outbreak, one of the ways the administration cited the pandemic to curtail legal immigration. Some refugee advocates are concerned the administration will again delay admissions, or blow past the Oct. 1 deadline and by de facto bar new admissions.

Pompeo approved the resumption of admissions on July 29, with the first arrivals of approved refugees starting the next day “with significant COVID health measures in place,” the State Department spokesperson told ABC News.

Given those protective measures, it’s unclear what grounds the administration would cite to reduce the refugee cap or freeze admissions again.

The administration is facing a legal battle in courts after Trump authorized local governments to refuse the resettlement of refugees in their jurisdictions last September. But that decision continues to work its way through the courts, possibly to the Supreme Court, and may take months.

Trump’s political campaign in the 2016 presidential election focused heavily on unfounded attacks on refugees, blasting them as national security threats despite the vigorous vetting process involved in the U.S. program. Instead of accepting refugees, his senior aides like Pompeo have called for countries closer to a refugee’s country of origin to take them in temporarily.

Last year, the administration also claimed its drastic reduction was necessary so that the U.S. could focus on border operations and reducing a massive backlog of legal cases for people seeking asylum in the U.S.

According to the United Nations Refugee Agency, the world is facing a record number of people — nearly 79.5 million — who have been forced to leave their homes. Among them, nearly 26 million are designated refugees and around half of those are under age 18.

Joe Biden, Trump’s Democrat opponent, has called for raising the refugee cap to 125,000, adding the former vice president would “seek to raise it over time commensurate with our responsibility, our values, and the unprecedented global need.”