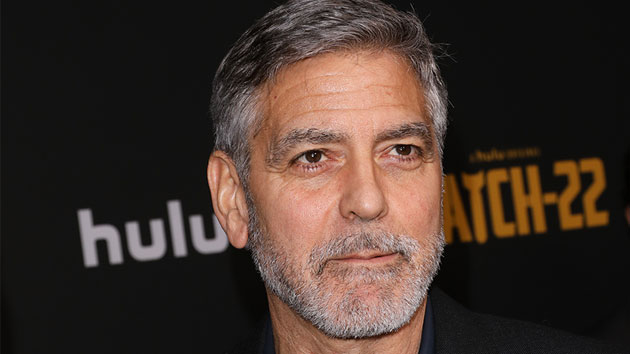 (LOS ANGELES) — Kentucky native George Clooney has released a statement in response to the indictment of one of the officers involved in the shooting of Breonna Taylor, saying in part that he’s “ashamed” of the decision.

On Wednesday, Brett Hankison, one of the three Louisville Metro Police Department officers involved in the shooting in Louisville, Kentucky on March 13 that claimed Taylor’s life, was indicted on on three counts of wanton endangerment in the first degree, which is defined as reckless conduct that can lead to bodily harm or death to another person. Neither of the other two officers involved were indicted, and no officer faces charges related to Taylor’s death.

“I was born and raised in Kentucky. Cut tobacco on the farms of Kentucky. Both my parents and my sister live in Kentucky. I own a home in Kentucky, and I was there last month,” Clooney says in a statement obtained by Deadline.

“The justice system I was raised to believe in holds people responsible for their actions. Her name was Breonna Taylor and she was shot to death in her bed by 3 white police officers, who will not be charged with any crime for her death,” Clooney continues. “I know the community. I know the commonwealth. And I was taught in the schools and churches of Kentucky what is right and what is wrong. I’m ashamed of this decision.”

Taylor’s family had requested that criminal charges be brought against the officers involved in the shooting. Taylor was struck at least six times when the officers fired multiple rounds into her apartment.

Mike Pence’s chief of staff Marc Short, 4 others test positive for COVID-19
Minority communities fighting back against disinformation ahead of election
Boy, 3, dies at his birthday celebration after accidentally shooting himself with family member’s gun
Turbulent week of weather is ahead for much of the country
Mike Pence’s chief of staff Marc Short, other top aide test positive for COVID-19
Election 2020 live updates: Obama says Trump treats ‘presidency like a reality show’