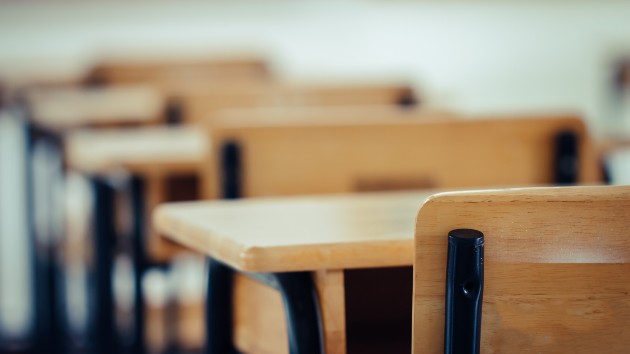 (NEW YORK) — As concern grows among researchers about the extent to which the novel coronavirus might be transmitted through the air, advocates and educators said they have long been concerned about poor air circulation due to outdated ventilation systems.

In June, Terrie Brady, president of Duval Teachers United, walked through the halls of some of the schools in her Florida community, and said she saw “dirt hanging out of the air ducts.”

“It was just filthy. So, if you have dirty air vents or air ducts in classrooms, you know that they haven’t been cleaned,” Brady told ABC News.

“It was an issue before COVID, but I think it’s heightened under COVID,” said Andrew Spar, president of the Florida Education Association.

A group that represents educators in Texas has been surveying members across the state regarding concerns related to COVID-19 safety procedures. Clay Robison of the Texas State Teachers Association said that as of Monday, the second-highest number of COVID-19-related complaints were for inadequate ventilation or ventilation equipment, behind complaints that schools did not make appropriate accommodations for high-risk employees.

“So, it’s a really big concern. It’s not just the complaints about having dirty filters that school districts can change out as soon as they’ve been told. But it’s the sort of feeling of, you know, waiting until it’s a problem to fix it,” she said.

Molina said school districts in the state don’t have the money to keep up with the changes that need to happen.

“We know that the ventilation systems are very expensive and they’re one of the last things to be fixed. You know, pretty much until they get broken,” Molina said.

Brady said Duval County, Florida, has some of the oldest schools in the state — some buildings are 50 years or older. She said most of the air conditioning units are “so outdated and antiquated,” that, “even if we wanted to get the specialized air filters that they have now to combat some of the particles, they won’t even fit in our units and our handlers.”

Brady said the group has pushed for the district to continuously clean out air ducts and air filters, but Brady said it is “absolutely” a concern for her district, noting that some teachers along with parents have purchased air purifying machines for their classrooms.

“Air purification is a big deal. And the thing is, is that’s probably one of your most expensive expenditures you could possibly have,” Brady said.

In June, a report released by the Government Accountability Office found that about half of public schools in the United States need to update or replace building systems, including about 36,000 school buildings that need updated heating, ventilation and air conditioning systems.

The report raised alarm bells at the time from House Education and Labor committee Chairman Bobby Scott, D-Va., who said, “Even before the COVID-19 pandemic, outdated and hazardous school buildings were undermining the quality of public education and putting students and educators at risk.”

“Now, the pandemic is exacerbating the consequences of our failure to make necessary investments in school infrastructure,” he said.

On Tuesday, White House Coronavirus Task Force member Dr. Anthony Fauci said it’s a reasonable assumption that there is some aerosol transmission of the virus — raising more questions about virus transmission in the classroom.

The Centers for Disease Control and Prevention’s guidance for safely reopening schools also advises ensuring that ventilation works properly, in addition to increasing outdoor air circulation when possible, by doing things like opening windows and doors.

However, Spar said that it’s not as easy as just opening windows, either — especially in Florida where it can get over 90 degrees.

“Just a week or two ago, we were had heat indexes of over 100 degrees,” Spar said. “So, you know, opening a window or being outside is certainly not something that was advisable.”

Because of this, Spar said schools rely on air conditioning units.

“And you hope that the air conditioning units have adequate filtration, that they’re using high-quality filters. But unfortunately, in districts where money is tight, that’s not always the case,” he said.