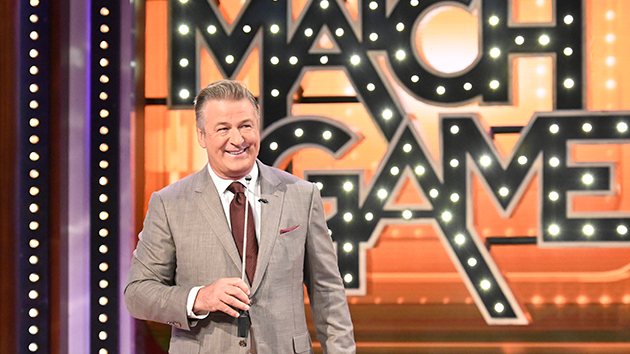 (NEW YORK) — A little over two weeks ago, actor Alec Baldwin and wife Hilaria Baldwin welcomed son Eduardo Pau Lucas  into the word.  With four sons and one daughter together, the 30 Rock star hinted that he’s given up on his quest for another little girl.

Appearing on The Ellen DeGeneres Show on Wednesday, Baldwin opened up about being a father of six and why Eduardo may be his last child.

However, his wife might not be on the same page.

“I tell people my wife is a collector. Some people collect cars, some people collect watches, artwork. My wife collects babies. She likes babies,” Baldwin deadpanned. “When the baby gets to be 3 years old, when they’re not the vending machine of joy they used to be, we look at each other and say, ‘Time to have another."”

After producing four boys in a row, the 62-year-old actor says he’s waving the white flag on having another girl.

“I’m not going to keep trying, no, I’m done trying. It’s either going to be fine or my wife’s going to get remarried, one or the other,” he joked.

Tonight, meanwhile, Baldwin returns as host of ABC’s Match Game, which is holding a 58th episode celebration. Why commemorate number 58? Not even Baldwin can fill in the blank on that one.

It’s 🎉 party 🎉 time! #MatchGame is BACK and bringing the star power starting this Thursday on ABC. pic.twitter.com/Pt1Fk4NSs0

US Air Force changes hair requirements for women
Woman who made Bernie Sanders’ viral inauguration mittens says they’re not for sale
“If” Chris Evans returns as Captain America, “I’d be very happy with that” says Anthony Mackie
“I was just trying to keep warm!” Bernie Sanders laughs on ‘Late Night’ about his meme-ready picture
Dave Chappelle tests positive for COVID-19
‘Game of Thrones’ prequel, ‘Tales of Dunk and Egg’, in the works at HBO