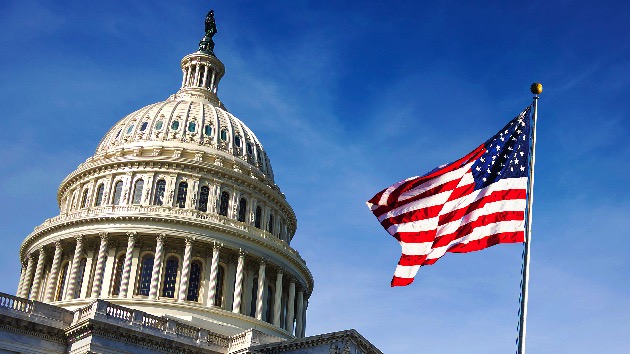 (WASHINGTON) — House Democrats on Tuesday unveiled a sweeping reform package to impose new checks on presidential power and potential wrongdoing in the executive branch, while toughening enforcement of ethics rules and congressional subpoenas — proposals they believe are necessary to “prevent future presidential abuses” and “restore checks and balances” to government after nearly four years of battles with President Trump and the White House.

Drafted by party leaders at the direction of Speaker Nancy Pelosi, D-Calif., the 158-page proposal would add new reporting requirements to the president’s use of the pardon power, and amend federal bribery law to include offering or granting of a pardon or commutation.

Democrats liken the package to the series of post-Watergate reforms passed in the wake of President Richard Nixon’s resignation – which included changes to campaign finance regulations, added oversight to the intelligence community and transparency to government with the Freedom of Information Act.

“The rule of law applies to every person in this country, including the president and members of the administration,” House Ways and Means Committee Chairman Richard Neal, D-Mass., said Tuesday at a news conference with House Intelligence Committee Chairman Adam Schiff, D-Calif., House Foreign Affairs Committee Chairman Eliot Engel, D-N.Y., and other senior Democrats to roll out the package.

“We owe it to the American people to put meaningful constraints on power, fix what is broken, and ensure that there is never again another Richard Nixon or Donald Trump from either party,” Schiff said. “Even in a dangerous world, the threat to our democracy from outside the country is less than the threat from within.”

The package would suspend the statute of limitations for any federal crime committed by a sitting president or vice president — before or during terms in office — while making it more difficult for a president to profit off of the presidency, codifying the Emoluments Clause of the Constitution and beefing up enforcement of any violations.

It would add new insulation between the Justice Department and White House to prevent political interference in law enforcement matters. It would require the attorney general to maintain a log of contacts between the White House and DOJ, and mandate reporting to the DOJ inspector general.

After struggling for years with the Trump administration’s resistance to congressional oversight, House Democrats would add teeth to their subpoenas — setting up an expedited process for the House and Senate to enforce subpoenas in civil court and greater penalties for noncompliance. Their proposal would also toughen federal ethics rules – adding a $50,000 fine for any violation of the Hatch Act, the provision meant to discourage government officials from engaging in partisan political activity on taxpayers’ dime that Trump White House officials have repeatedly violated.

The package adds new safeguards around Congress’s power of the purse, tightening strings that will make it more difficult for future presidents to shift funds without approval from Congress, while also limiting the president’s power to shuffle senior officials between agencies without sign off from Capitol Hill.

It would also require campaigns to report contacts with foreign governments with the FBI and Federal Election Commission — a provision Democrats have repeatedly tried to pass through Congress following the 2016 election and multiple investigations into the Trump campaign’s interactions with Russia four years ago.

Democrats, who are hoping to retake the White House and Senate next year, said they haven’t discussed the proposal with former vice president Joe Biden, even as they begin to coordinate with the Democratic nominee’s campaign and transition team on messaging and potential agenda items next year.