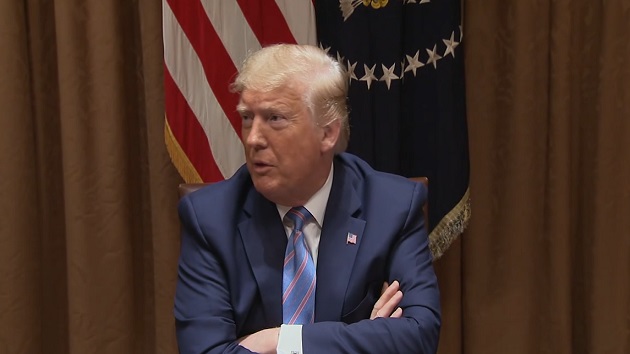 (WASHINGTON) — Nothing about this year’s United Nations General Assembly is the same.

International delegations have not descended upon New York City, the streets of midtown Manhattan aren’t clogged with traffic, and more heads of state are addressing the global stage through video submissions, instead of speeches.

But it’s the warnings of a world coming apart at the seams or redefined by high tensions between the U.S. and China that have made this among the starkest meetings yet.

As the U.N.’s chief warned, the world is “moving in a very dangerous direction.”

He laid blame for the coronavirus pandemic at Beijing’s feet and condemned “China’s rampant pollution” despite his own administration’s environmental record. Notably, he did not criticize China’s human rights record or regional aggression, like in the South China Sea or against Taiwan.

The Chinese leader did not mention the U.S. or Trump by name, but he offered implicit rebukes of Trump’s worldview, even as his words didn’t match the aggressive actions of his own government.

“Any attempt of politicizing the issue [of COVID-19] or stigmatization must be rejected,” he told the General Assembly — offering praise for recurring Trump targets the World Health Organization and World Trade Organization and urging countries to say “no to unilaterialism and protectionism” and reject “the trap of clash of civilizations.”

“We will never seek hegemony, expansion of sphere of influence. We have no intention to fight either a cold war or a hot one with any country,” he added — even as China uses its growing military to assert dominance in Asia and its economic power to spread its influence globally.

The division between the U.S. and China was a defining feature of others’ speeches as well.

U.N. Secretary-General Antonio Guterres warned of a world beset by “five horsemen” — “the highest global geostrategic tensions in years,” “existential climate crisis,” “deep and growing global mistrust,” “the dark side of the digital world,” and the coronavirus pandemic.

“We are moving in a very dangerous direction. Our world cannot afford a future where the two largest economies split the globe in a great fracture — each with its own trade and financial rules and internet and artificial intelligence capacities. A technological and economic divide risks inevitably turning into a geo-strategic and military divide. We must avoid this at all costs,” he added.