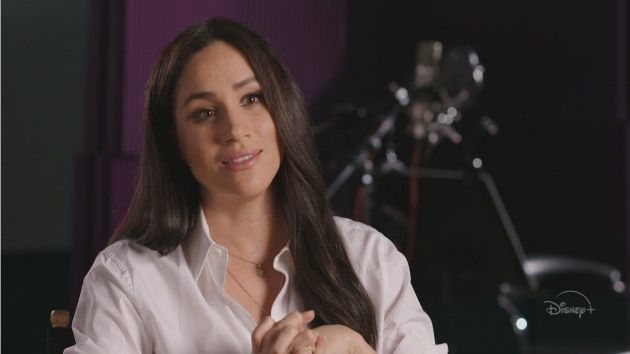 (LOS ANGELES) — Imagine receiving a call from an unknown number and find yourself discussin the November 3 election with none other than Meghan Markle.  According to her pal Gloria Steinem, that’s exactly how the Duchess of Sussex spent her time.

“Meg is herself, smart, authentic, funny, political,” the political activist told Access upon remarking that the Suits alum is more than a “princess” when explaining how the stereotype does Markle a disservice.

“She came home to vote,” continued Steinem, referencing her and Prince Harry’s exit from England after withdrawing from the Royal Family.

As for how Markle started phoning potential voters, the 86-year-old journalist says it all started during a home visit.

“The first thing we did, and why she came to see me was we sat at the dining room table here, where I am right now, and cold-called voters,” Steinem remarked during the socially distanced Sunday interview, adding that Markle greeted everyone on the phone with “Hi, I’m Meg” and followed up with, “Are you going to vote?”

“That was her initiative,” praised Steinhem.

It should be noted that Markle will be the first member of the Royal Family to vote in an American election, as the Duchess of Sussex told Marie Claire last month, “I know what it’s like to have a voice, and also what it’s like to feel voiceless.”

As for why she’s voting, Markle continued, “I also know that so many men and women have put their lives on the line for us to be heard. And that opportunity, that fundamental right, is in our ability to exercise our right to vote and to make all of our voices heard.”