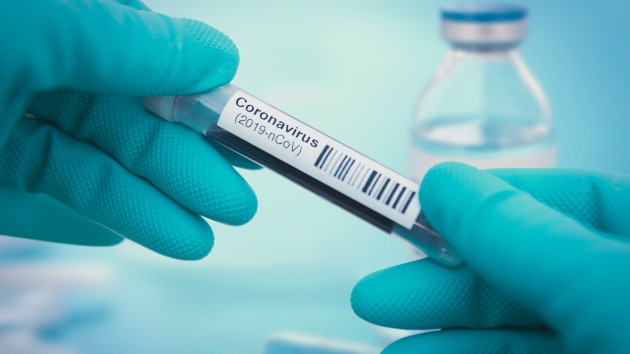 (NEW YORK) — A pandemic of the novel coronavirus has now killed more than 965,000 people worldwide.

Over 31.3 million people across the globe have been diagnosed with COVID-19, the disease caused by the new respiratory virus, according to data compiled by the Center for Systems Science and Engineering at Johns Hopkins University. The criteria for diagnosis — through clinical means or a lab test — has varied from country-to-country. Still, the actual numbers are believed to be much higher due to testing shortages, many unreported cases and suspicions that some national governments are hiding or downplaying the scope of their outbreaks.

The United States is the worst-affected country, with more than 6.8 million diagnosed cases and at least 199,890 deaths.

California has the most cases of any U.S. state, with more than 790,000 people diagnosed, according to Johns Hopkins data. California is followed by Texas and Florida, with over 734,000 cases and over 685,000 cases, respectively.

British Prime Minister Boris Johnson on Tuesday unveiled a slew of tough new measures to curb the spread of COVID-19 in England, which he said may need to stay in force for six months.

“I fervently want to avoid taking this step, as do the devolved administrations, but we will only be able to avoid it if our new measures work and our behavior changes,” Johnson told members of Parliament in the House of Commons. “We will spare no effort in developing vaccines, treatments, new forms of mass-testing. But unless we palpably make progress, we should assume that the restrictions that I have announced will remain in place for perhaps six months.”

Johnson announced a 10 p.m. curfew for all hospitality venues in England starting Thursday. He said pubs, bars and restaurants throughout the country must also operate a table service only, except for takeaways.

Meanwhile, the use of face coverings will be extended to include all users of taxis and private-hire vehicles, all staff in retail, and all employees and customers at indoor hospitality venues except when seated at a table to eat or drink. The prime minister warned that businesses could be fined if they break the new rules.

Johnson also announced that, from Monday, there will be a 15-person limit on the number of attendees allowed at wedding ceremonies and receptions in England, as well as a 30-person cap for all funerals held in the country.

While Johnson said that people who can work from home should again do so, he stressed that his government “will do everything in our power” to keep schools open and children in classrooms.

The prime minister noted that the three other devolved governments of the United Kingdom — Northern Ireland, Scotland and Wales — would adopt similar measures.

“For the time being, this virus is a fact of our lives,” he said, “and I must tell the House and the country that our fight against it will continue.”

Sep 22, 7:44 am
Former acting CDC director: ‘When you lose trust you lose lives’

The former acting director of the U.S. Centers for Disease Control and Prevention said Tuesday that the agency is losing the public’s trust by walking back its COVID-19 guidance.

“The problem is, there have been so many instances where there’s been political fingerprints on CDC documents, and CDC hasn’t been able to be out front to explain what’s going on. It leads to an undermining of trust and when you lose trust, you lose lives,” Dr. Richard Besser, who is now the president and CEO of the Robert Wood Johnson Foundation, told ABC News chief anchor George Stephanopoulos during an interview on Good Morning America.

The CDC recently issued and later removed updated guidance on its official website to address growing evidence of limited airborne transmission of the virus that causes COVID-19. The agency said Monday that posting the new information was done in error.

“The CDC should be out there every day explaining what they’re learning, explaining why guidance is changing,” Besser said. “I talked to a leader at CDC and I expect very soon there will be guidance out that talks about other routes of transmission, like aerosols, and what can be done to reduce the risk of transmission as well.”

As the U.S. death toll from COVID-19 edges closer to 200,000, Besser described the pandemic as the worst public health crisis in his lifetime and discussed the danger of downplaying the situation.

“When you think about this loss of trust and loss of lives, you know, every community is affected but not equally. Black Americans, Latino Americans, Native Americans, low-income Americans are being hit the hardest,” he said. “So when people downplay the significance of this, there are certain groups that are really paying the price.”

Besser warned that coronavirus-related restrictions may need to be rolled out again this winter as people spend more time indoors, increasing the risk of catching respiratory viruses.

“Viruses do better in the winter,” he said. “That’s something people should anticipate.”

Michael Gove, a senior member of Johnson’s cabinet, told Sky News that the clampdown will include ordering pubs and restaurants throughout England to close by 10 p.m. as well as restricting the entire hospitality sector to table service only. The government will also be encouraging people who can work from home to do so, reversing a push to get people back to the office, according to Gove.

It’s unknown whether the new restrictions would ultimately be extended U.K.-wide, with coronavirus-related policy responsibilities delegated to the devolved administrations in Northern Ireland, Scotland and Wales.

“They are reluctant steps that we’re taking,” Gove told Sky News in an interview Tuesday morning. “But they’re absolutely necessary because, as we were reminded yesterday and as you’ve been reporting, the rate of infection is increasing, the number of people going to hospital is increasing, therefore we need to act.”

The move comes a day after the government’s chief scientific officer, Sir Patrick Vallance, warned that the United Kingdom could see about 50,000 new COVID-19 cases a day by mid-October if the current rate of infection is not curbed.

An internal memo from the Federal Emergency Management Agency obtained by ABC News on Monday night shows that the number of new cases and the number of new deaths recorded in the United States are both increasing in week-over-week comparisons.

Twenty-three U.S. states and territories are in an upward trajectory of COVID-19 infections, while 14 jurisdictions are at plateau and 19 others are in a downward trend, the memo said.

There were 283,332 new cases confirmed across the nation during the period of Sept 14-20, a 17.2% jump from the previous week. Meanwhile, 5,319 coronavirus-related deaths were recorded during that same period, a 2.4% increase compared with the seven days prior, according to the memo.

The national positivity rate for COVID-19 tests ticked downward slightly to 4.4%, compared with 4.6% for the previous week, the memo said.

Alabama recorded a 46.5% increase in the state’s seven-day death rate during the period of Sept. 9-15, compared with the week prior. Meanwhile, the Alabama Hospital Association confirmed a statewide shortage of nurses in both hospitals and universities due to a lack of faculty, facilities and funds, according to the memo.

In Florida’s Alachua County, 90% of recently reported cases are among individuals between the ages of 15 and 25, and 70% of those cases are college students, according to the memo.

Meanwhile, a recent increase in new cases in Kentucky’s Hardin County is attributable to roughly 75% of students returning to school for in-person instruction, the memo said.

Pennsylvania’s Centre County, home to Pennsylvania State University, remains a COVID-19 hotspot, reporting a 291.3% relative increase in new cases during the period of Sept. 9-15 compared with the previous week. The county’s hospitals are under strain, with inpatient beds at 88% capacity and intensive care unit beds at 81% capacity, the memo said.

South Dakota reported its highest single-day death toll of eight coronavirus-related fatalities on Sept. 16. The state saw a 21% increase in COVID-19 hospitalizations, setting a record high on Sept. 15. A major outbreak in the state’s capital, Pierre, has led to at least 105 cases among inmates at a minimum-security women’s prison as well as rising cases among community members, according to the memo.

An additional 356 coronavirus-related fatalities were recorded in the United States on Monday, bringing the country’s death toll even closer to the 200,000 mark, according to a real-time count kept by Johns Hopkins University.

Monday’s tally of COVID-19 deaths is well under the country’s record set on April 17, when there were 2,666 new fatalities in a 24-hour reporting period.

A total of 6,857,967 people in the United States have been diagnosed with COVID-19 since the pandemic began, and at least 199,884 of them have died, according to Johns Hopkins. The cases include people from all 50 U.S. states, Washington, D.C. and other U.S. territories as well as repatriated citizens.