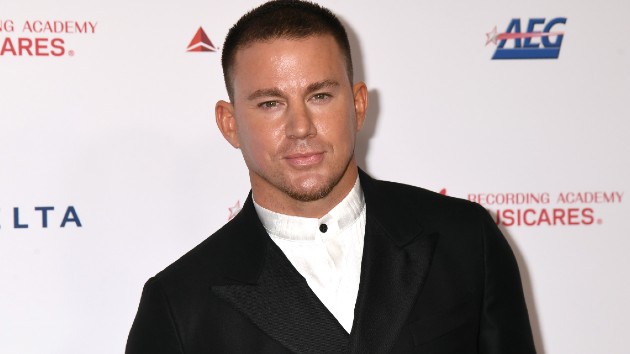 (LOS ANGELES) — Production has restarted again on Channing Tatum’s highly anticipated road-trip comedy, Dog. The film is exactly what it sounds like — a man driving cross country with his four-legged companion, but with some added curveballs and tearjerkers.

“It’s already been a crazy ride. And we’ve only just begun,” the 40-year-old actor gushed Monday on Instagram as he posted a still from his upcoming project along with a behind the scenes snap.  “If we survive the rest, it will be one of the most insane stories that I’ve ever been a part of. And I’ve been a part of some pretty crazy ones in this life of mine.”

The Magic Mike star is still pinching himself over the fact he was able to bring his brainchild to life, furthering, “This is our story. It’s taken us two years to get it to the starting line.”

“The next eight weeks will be like riding a bull on sickmode in ludicrous speed,” Tatum cracked.  “God be with us. In Dog we trust.”

The story is about Tatum’s character, a former Army Ranger named Briggs, trying to make it down the Pacific Coast to attend his best friend’s funeral.

He is joined by his dog Lulu, a Belgian Malinois, who also needs to say her goodbyes because his friend was once her handler.

The name Lulu was deliberate, too, as it’s a nod to his late dog who inspired the movie.

Directing isn’t the only new career Tatum has added to his expansive resume — he is also a certified published author.

His children’s storybook, The One and Only Sparkella, arrives early next year and is available now for preorder.

Pelosi urges caution about ‘any statements coming out about the election from the intelligence community’
Women diagnosed with breast cancer amid COVID-19 stress importance of mammograms
Matthew McConaughey shares that he was sexually abused in his youth
Dolly Parton teams up with other artists for song to support fight to end breast cancer
Lisa Marie Presley pens heartbreaking tribute to late son on his 28th birthday
How will Biden deal with Trump’s personal attacks at Thursday’s debate?