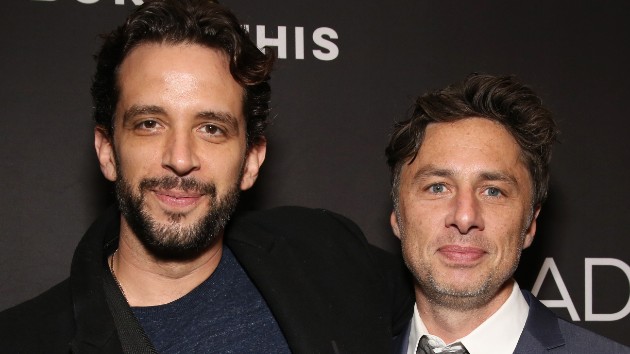 (LOS ANGELES) — Zach Braff is disappointed that the Emmys In Memoriam tribute left out his good friend, actor Nick Cordero, who passed away from COVID-19 complications in July.

“For those wondering: The Emmys chose to leave Nick Cordero out of the memorial montage,” Braff tweeted on Monday. “I had no idea one had to campaign to get their loved one in. We did. They passed.”

He then posted a note he reportedly received from Emmys staffers, informing him that they were aware of Cordero’s sad passing but could not guarantee him a spot in the tribute.

Cordero was primarily a Broadway actor, but he also had a recurring role in CBS’ Blue Bloods and made appearances on shows including Law & Order: Special Victims Unit, Queer as Folk and Lillyhammer.

Braff also noted that his former Scrubs co-star, Sam Lloyd, was left out of the tribute, as well.

“I should mention too, that they also left out Sam Lloyd,” he tweeted. “I would have never even considered ‘campaigning’ for Sam because he had more TV credits than most actors I know.”

Lloyd passed away in May of lung cancer complications at age 56.