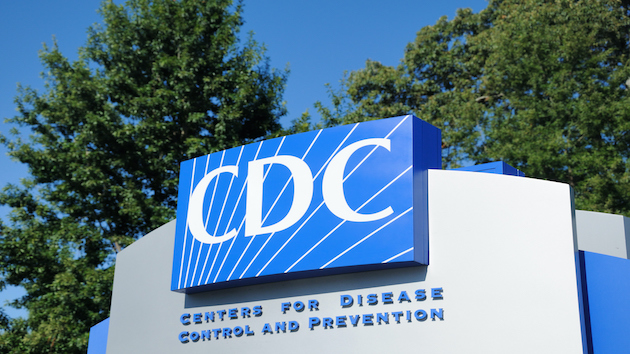 (WASHINGTON) — On Friday, the CDC updated its website to acknowledge that airborne transmission of the coronavirus beyond six feet may play a role in the COVID-19 pandemic, particularly indoors. The update was hailed by infectious disease experts interviewed by ABC as an overdue step.

But on Monday morning, the agency took down that language, saying it was posted in “error.” Despite the CDC guidance whiplash, experts say it’s time to recognize that airborne transmission beyond six feet is possible — while continuing to emphasize that close contact within six feet is still the main way the virus is transmitted.

Scientists maintain that close, person-to-person contact is a main driver of the virus’ spread. This transmission is primarily via respiratory droplets or small particles produced when an infected person coughs, sneezes, sings, talks or breathes in close proximity to someone else.

However, evidence is mounting that the virus can linger in the air, or travel distances greater than six feet — what scientists call “airborne particles” rather than larger droplets — especially indoors or in poorly ventilated areas.

Before it was taken down, the new CDC language described “growing evidence that droplets and airborne particles can remain suspended in the air and be breathed in by others, and travel distances beyond 6 feet (for example, during choir practice, in restaurants, or in fitness classes),” and that the risk was greatest indoors, with poor ventilation.

When the CDC briefly published its update regarding airborne transmission, experts initially expressed their support of this development.

“Although there was more data in the last three months pointing out that this airborne transmission is important, we have known that all these SARS type of viruses are indeed transmitted via airborne, going back to MERS and SARS Co-1,” says Dr. Rajat Mittal, professor in the Department of Mechanical Engineering and an expert in computational fluid dynamics at Johns Hopkins University.

“There’s been a lot of discussion about more distant transmission than 6 feet, and the question has always been, how important is that?” said Dr. William Schaffner, Professor of Preventive Medicine in the Department of Health Policy, Nashville, Tennessee.

This idea that the virus can be passed at distances of greater that six feet is anything but new. As far back as in March, up to 87% of attendees at a choir practice in Washington State were linked to one symptomatic patient, as an early example of a “super spreader event.” Although the people at the choir practice took some social distancing precautions, singing loudly in an enclosed room may have contributed to infections.

In July, the World Health Organization updated its guidance to reflect these enhanced precautions. Many experts argue that the CDC should do the same.

Also in July, a panel of 239 scientists wrote a statement recognizing the risks of airborne spread as it relates to COVID-19, with an enhanced focus on indoor ventilation and continued emphasis on avoidance of overcrowding.

The difference between “airborne particles” and “droplets” is subtle, but important, experts say. Airborne particles are too small to see, and can accumulate over time in poorly ventilated areas.

Despite these new developments, nothing has changed about the virus itself and the precautions each individual needs to take to minimize the spread.

“Masks are still our number one line of defense,” said Dr. Mittal.

“If you’re indoors, keep the mask on,” said Dr. Schaffner. “Don’t look for excuses to take the mask off.”