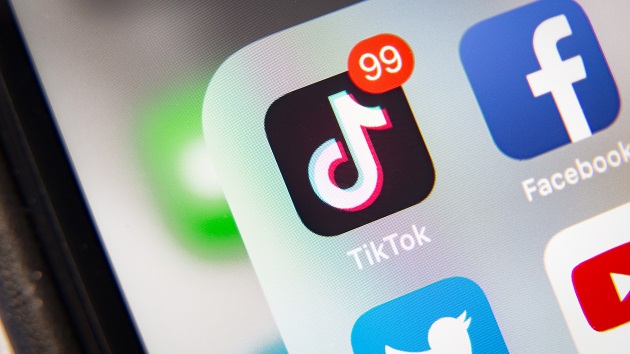 (WASHINGTON) — President Donald Trump told reporters at the White House that a deal has been made on TikTok with Walmart and Oracle, calling it a “great deal for America.”

“We have some very big news on TikTok,” Trump said Saturday. “TikTok is moving along. We’re dealing with Oracle, which you know of, Larry Ellison. And we’re dealing with, as a combination, Walmart — Walmart, a great company, a great, American company. The security will be 100%. They’ll be using separate clouds and a lot of very, very powerful security. And they’ll be making about a $5 billion contribution toward education.”

“They’re going to be setting up a very large fund for the education of American youth, and that will be great,” he added. “That’s their contribution that I’ve been asking for. But we’ll see whether or not it all happens.”

When asked by a reporter if he approved the deal, Trump said, “I approve the deal in concept, yes.”

The news of an apparent deal comes a day after the U.S. Department of Commerce announced that starting Sunday, downloads of the massively popular video app, as well as the messaging app WeChat, would be banned in the United States.

The department had said in a statement that the move was necessary to “safeguard the national security of the United States.”

Trump did not mention WeChat in his conversation with reporters on Saturday.

In August, Trump issued twin executive orders that would shut down both apps by Sept. 20 if they weren’t sold to U.S. owners. The deadline for TikTok was extended to Nov. 12, Commerce Secretary Wilbur Ross said in an interview on Fox Business News Friday morning. In the meantime, updates will be barred in the app, he said.

The ban announced on Friday also prohibits the transfer of funds or processing payments within the U.S. for WeChat.

The administration has claimed the Chinese Communist Party was using data collected through the apps to “threaten the national security, foreign policy and the economy of the U.S.”