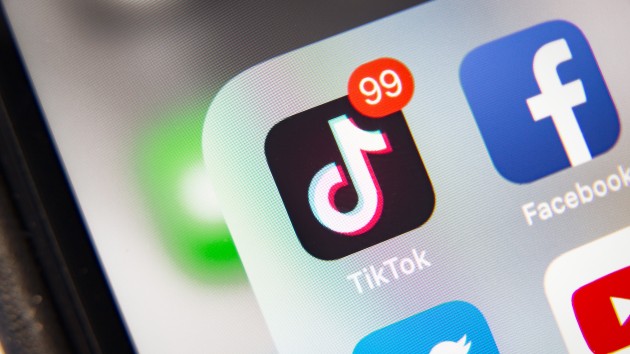 (NEW YORK) — Starting Sunday, downloads of the massively popular video app TikTok and the messaging app WeChat will be banned in the United States, the U.S. Department of Commerce announced Friday morning.

The department said in a statement that the move was necessary to “safeguard the national security of the United States.”

President Donald Trump issued twin executive orders in August, saying the apps would shut down by Sept. 20 if they were not sold to U.S. owners. The admin claimed the Chinese Communist Party was using data collected through these apps to “threaten the national security, foreign policy and the economy of the U.S.”

Commerce Secretary Wilbur Ross said in an interview on Fox Business News Friday morning that these new rules announced Friday morning were in connection with the executive orders issued in August and are “separate” from the ongoing negotiations between TikTok and tentative U.S. buyers including Oracle and Walmart.

Ross said that “for all practical purposes” WeChat will be shut down in the U.S. as of midnight Monday with the new Commerce Department ruling.

“TikTok is more complicated,” Ross added, saying that essentially a deadline for a deal with a U.S. buyer has been extended until Nov. 12. In the meantime, updates will be barred in the app.

“Basic TikTok will stay intact until November 12,” he said. “If there is not a deal by November 12 under the provisions of the old order then TikTok also will be, for all practical purposes, shut down.”

Secretary of State Mike Pompeo separately weighed in on the news while traveling in Guyana on Friday.

“The details of the various proposals that have been presented I can’t speak to other than to say, our goals are really very simple, protecting American information and data from ending up in the hands of the Chinese Communist Party,” Pompeo told reporters. “While we are reviewing the proposal, trying to evaluate if we can successfully achieve those outcomes, that will be our priority.”

“If that’s the case, we will allow private sector entities to execute a commercial transaction, protecting the American people,” he added.

The ban announced Friday morning begins Sept. 20, and prohibits the download of TikTok or WeChat from app stores. It also bans the transfer of funds or processing payments within the U.S. for WeChat.

TikTok, is especially popular among Gen Z-ers, and has an estimated 65 million to 80 million users in the U.S.

WeChat, meanwhile, is especially popular among the Chinese American community, and has some 19 million users in the U.S. — a majority of them people of Chinese descent who use the app to connect with love ones or conduct business in China.

A TikTok spokesperson told ABC News in a statement that they disagree and are disappointed with the Commerce Department’s decision to “block new app downloads from Sunday and ban use of the TikTok app in the U.S. from November 12.”

“In our proposal to the U.S. Administration, we’ve already committed to unprecedented levels of additional transparency and accountability well beyond what other apps are willing to do, including third-party audits, verification of code security, and U.S. government oversight of U.S. data security,” the statement added. “Further, an American technology provider would be responsible for maintaining and operating the TikTok network in the U.S., which would include all services and data serving U.S. consumers.”

The company vowed to continue its challenge against the “unjust executive order” which they say was “enacted without due process and threatens to deprive the American people and small businesses across the U.S. of a significant platform for both a voice and livelihoods.”

Spokespeople for Tencent, WeChat’s parent company, did not immediately respond to request for comment. ABC News has also reached out to Google and Apple for comment.