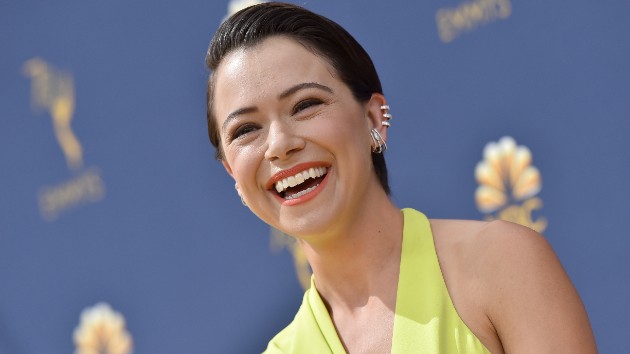 (LOS ANGELES) — There’s a new Hulk joining the Marvel Cinematic Universe and her name is Jennifer Walters, AKA She-Hulk.  Orphan Black star Tatiana Maslany will help usher in the MCU’s next phase, starring in the Disney+ series about the titular green heroine.

Deadline reports that Marvel Studios has also tapped Marry Me’s Kat Coiro to serve as the series’ director and Rick and Morty’s Jessica Gao to pen the script.

Fans reacted enthusiastically to the news that that the Emmy Award winning actress is the newest member of the extended MCU family.  Some even joked that if other actors don’t watch out, Maslany will “be playing all the characters” given how she seamlessly juggles numerous roles on Orphan Black.

She-Hulk, created in 1980 by Stan Lee and John Buscema, is one of Marvel Comic’s most beloved female superheroes.

The Disney+ series will be the character’s live-action debut and there’s already rumors that Mark Ruffalo, who plays Bruce Banner/Hulk will have a cameo of sorts given that the two characters are related.

In the comics, Jennifer Walters and Bruce Banners are cousins and, after the hotshot lawyer is involved in a deadly accident — she requires a life-saving blood transfusion from her cousin to survive.  However, she accidentally inherits his Hulk powers in the process.

She-Hulk, while big and green, retains Jennifer’s personality and intelligence when transformed.  But, just like her cousin, she is prone to outbursts of anger and becomes stronger when she rampages.

Ruffalo delighted in the news, tweeting on Thursday, “Welcome to the family, cuz!”

She-Hulk, the Disney+ series, joins a slate of MCU-centric shows arriving on the streamer.  Loki, The Falcon and Winter Soldier and WandaVision are all set to premiere on the service next year.

Christmas on the couch: ABC announces lineup of holiday programming
Halloween inspo: Mindy Kaling dresses up as Devi from her show ‘Never Have I Ever’
Omari Hardwick and Loretta Devine agree that laughter was their best medicine in their new horror film ‘Spell’
Paul Rudd brings cookies to voters waiting outside in the rain
First snow of season expected for Northeast, as coldest air of season forecast for millions
Faith, foster care and LGBT rights collide at Supreme Court