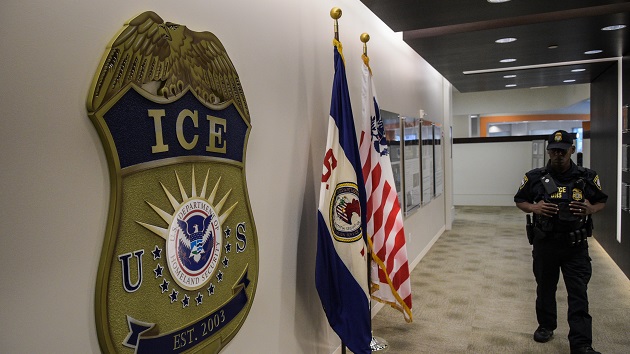 (WASHINGTON) — The Department of Homeland Security whistleblower who claimed senior Trump administration officials — including the acting secretary of Homeland Security — sought to “censor” or “manipulate” intelligence for political purposes is unlikely to appear before the House Intelligence Committee for a closed-door hearing next week as planned, his lawyer told ABC News on Friday.

Mark Zaid, an attorney for Brian Murphy, the former chief of the DHS intelligence office, told ABC News that his client will not testify before the House panel until he has access to classified information relevant to his complaint, which accused senior agency and White House officials of working to align intelligence on election interference, domestic terror threats and immigration and border security with President Donald Trump’s political agenda and public statements.

“Mr. Murphy wishes to provide protected, classified whistleblower disclosures to the relevant oversight authorities in the executive and legislative branches. That requires his access, as well as his legal counsel, to all relevant information,” Zaid said in a statement. “We continue to cooperate with DHS to ensure this lawful process occurs expeditiously given the time sensitivities and importance. Until the clearance issues have been resolved favorably in order to properly protect Mr. Murphy’s legal rights, we will not be participating in any proceedings but look forward to and desire the opportunity.”

The agency is unlikely to approve Murphy’s requests for access to relevant classified information needed to prepare for his appearance or his lawyers’ request for security clearance to review the materials with their client prior to Monday’s planned hearing, according to an administration source familiar with the internal deliberations.

Asked about Monday’s testimony, a committee official accused the Department of Homeland Security of working to obstruct House Democrats’ investigation into the allegations of the politicization of intelligence at the department by delaying the processing of Murphy’s lawyers’ security clearances, which they need to represent their client in classified portions of the deposition.

“The Committee has not rescheduled the deposition at this time, but DHS continues to impose needless requirements on Mr. Murphy for the purpose of delaying the processing of his lawyers’ clearances, which they need so Murphy can be properly represented during any classified portions of the deposition including discussion of all of the allegations at issue,” the official said. “DHS needs to stop putting up artificial roadblocks that are designed to delay and obstruct the Committee’s investigation.”

In a letter to Joseph Maher, the principal deputy general counsel currently leading the DHS Office of Intelligence and Analysis, House Intelligence Committee Chairman Adam Schiff warned that the committee would consider any refusal to facilitate Murphy’s testimony before the lawmakers as “obstruction of this investigation.”

“DHS should reverse its position immediately and grant Mr. Murphy access to these classified records prior to his deposition,” Schiff wrote on Friday.

Homeland Security said in a statement, “DHS is unaware of what ‘needless obstruction’ the committee majority is referring to. DHS has agreed to process Mr. Murphy’s attorneys for access to classified information, but is still waiting for them to provide the necessary background information to complete that process.”

President Donald Trump listens as acting Secretary of Homeland Security Chad Wolf speaks during a briefing on the 2020 hurricane season in the Oval Office of the White House, May 28, 2020.
The House Intelligence Committee is investigating allegations of the politicization of intelligence at DHS, an expansion of an inquiry that began with concerns about intelligence activities around protests in Portland, Oregon. The department has rebuffed the panel’s efforts to interview a larger group of agency officials as part of the broader probe.

Schiff, in his letter to DHS on Friday, suggested the panel could subpoena the office for any outstanding records, information and witnesses not made available to the committee after repeated requests.

What to know before purchasing a fire pit this fall: Safety tips from experts
Wisconsin GOP says hackers stole $2.3 million intended for Trump reelection effort
Coronavirus live updates: Vaccine effectiveness will be known by December, Fauci says
Nearly 30% increase in guns, drugs seized at northern border, CBP says
Why voters should not be too worried about some poll site snafus
Van full of explosives found in Philadelphia following week of social unrest: Police