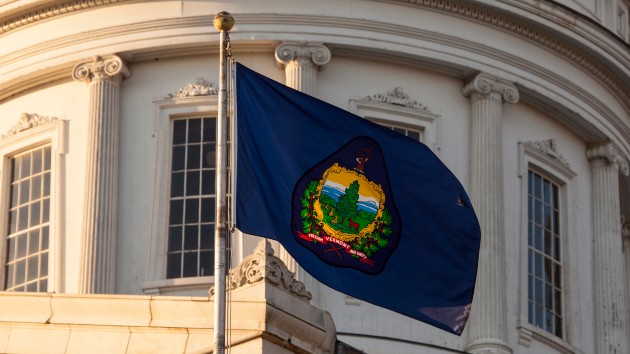 (NEW YORK) — It’s mid-September, and Dr. Mark Levine is feeling really good. Vermont, where he serves as the state’s health commissioner, has had the lowest rate of new COVID-19 cases and test positivity in the country for several weeks now.

As of Wednesday, there were only three patients hospitalized in the state for the virus, and Vermont’s last reported COVID-19 death was on July 28.

Dr. Anthony Fauci, the nation’s foremost infectious disease expert, touted Vermont’s COVID-19 response on Tuesday during a press briefing with Vermont Gov. Phil Scott, saying the state “should be the model for the country” on “opening up the economy in a safe and prudent way.”

But despite the state’s success — and also because of it — Levine doesn’t want Vermonters to let their guard down.

“Just because we’re in a good place — we know that this virus is a formidable foe,” the health commissioner told ABC News.

As the fall approaches, bringing anticipated tourism to the state as well as concerns about a “twindemic” of COVID-19 and the flu, the state is continuing to follow its playbook for a cautious, data-driven reopening that continually stresses the basics of handwashing, physically distancing and avoiding congregate settings.

It’s a playbook that officials stress doesn’t rely on the state’s small size to provide any advantages. Vermont is one of the most rural states in the country, and one of the smallest by population — though public health experts are quick to dismiss those as playing major parts in reducing the spread of COVID-19 in the state.

“At first, nationwide, people through that rural would protect you. … But that myth was dispelled later on, particularly in the late spring and summer, when all the southern and western states had their surge,” Levine said. “Here, we don’t believe the rural nature has been protective by any means.”

“Rural helps, but is most definitely not the whole story,” Jan Carney, associate dean for public health and health policy at the University of Vermont’s Larner College of Medicine, told ABC News.

For the past several weeks, Vermont has had the lowest rate of new cases and test positivity in the country, based on weekly reports from the White House Coronavirus Task Force. In the latest report, dated Sept. 13, Vermont was the only state to be in the “green zone” for both cases (indicating fewer than 10 new cases per 100,000 population) and positivity rate (indicating a rate below 5%).

“Vermont continues to have excellent epidemic control,” the report noted.

According to the state health department, Vermont’s positivity rate has held steady at around 0.2% for several months, and it has the lowest rate of total COVID-19 infection in the country, with 261 cases per 100,000 people versus the national average of 1,845 per 100,000.

Levine noted three factors that have helped Vermont get to this point. For one, the state overall tends to be relatively healthy, he said, pointing to studies by organizations like the Commonwealth Fund. In the foundation’s latest scorecard on state health system performance, looking at indicators such as access to health care, quality of care and health outcomes, Vermont ranked fifth in the country.

“Vermonters have a history of prioritizing health,” Levine said.

During the pandemic, residents’ compliance with behaviors like frequent hand-washing, mask-wearing and social distancing has been “really paramount,” he said.

Another factor: Early in the pandemic, the state knew that it “needed to actively and proactively protect the most vulnerable,” Levine said. Among those measures, the state has focused on contact tracing and testing efforts in long-term care facilities and offered universal testing at group-living facilities.

Lastly, the state acted quickly to introduce social distancing measures, such as closing schools and restaurants and reducing the size of mass gatherings — and it didn’t start reopening “until we thought we were at a sufficient level of virus suppression,” Levine said.

The worst of the pandemic in Vermont, by several metrics, was early on. The daily number of reported COVID-19 cases peaked on April 3, and the highest percentage of positive cases, 11%, came in late March, according to data from the health department. The state only started loosening restrictions toward the end of April, as the rate of spread slowed.

“Many states have basically just said, ‘We’re going to just reopen,’ and they had lots of virus and high percent positivities when they chose to do that,” Levine said. “Our stance was that public health and safety was paramount, and we would reopen when we had suppressed the virus. It was a very cautious reopening, it was a very phased and gradual reopening.”

Gov. Scott has often likened that approach to incrementally “turning the spigot” — reopening one sector, waiting two weeks and watching the data, and then opening the next sector, and so on.

“That’s gotten us to where we are, which is a really good place,” Levine said.

Vermont is among a minority of states to have a centralized public health system, which in this case may have also helped in its pandemic response, public health experts said.

For Carney, who served as the state’s commissioner of health from 1989 to 2003, that teamwork between government, medical experts and social service organizations in the state has been crucial.

“When something happens like a pandemic, you don’t have to develop them new, you build on the relationships that you have,” Carney said. “There’s this foundation of teamwork and concern about health that has served us well in the past and is one of our absolute strengths right now.”

Levine said the state has been leaning on those relationships as it works to address disproportionate rates of COVID-19 cases in Hispanic and African-American populations, including working with community organizations to spread public health messaging.

Vermont has continued to slowly turn the spigot, with K-12 schools and college campuses reopening in recent weeks. The state is in discussions to further open up the hospitality industry, as leaf-peeping and ski seasons approach.

Levine said the state plans to offer guidance on a “thoughtful and cautious” hospitality reopening soon.

In August, the governor also instituted a statewide mask mandate in anticipation of increased travel to Vermont. In announcing the order, Scott said he felt “we need to act now to protect our gains, which have allowed us to reopen much of our economy.”

Another concern for the fall is the flu. Experts are bracing for what some have called a “twindemic” of COVID-19 and the flu being active at the same time.

“We do really want people to get their flu shot now more than ever,” Levine said.

To that end, he said, the state is trying to make it “as easy as possible” to get the vaccine, and is currently working to set up flu shot locations beyond the usual pharmacies and doctor’s offices.

Being vigilant about behaviors like mask-wearing and social distancing will also continue to be key, experts said.

“Don’t get careless,” Fauci advised on Tuesday. “It’s going to be challenging as you get into the fall and the winter, but it doesn’t necessarily mean that you’re going to have a problem if you do the kind of prudent public health measures that you’ve been doing.”

It’s a message that is applicable everywhere, not just Vermont, Carney said.

“It’s so fundamental — hand washing and wearing cloth face coverings and keeping physically distant from people whenever possible … and being able to do that over a long period of time,” she said. “It’s really important, as the winter comes into play, and as more people are inside, and as we approach flu season — we have to stick with it and keep working at it for the foreseeable future.”