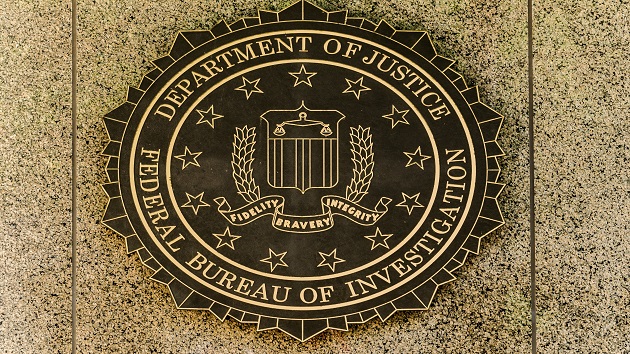 (WASHINGTON) — In testimony before the House Homeland Security Committee on Thursday, FBI Director Christopher Wray said that the bureau works for nobody but the American people after Attorney General William Barr said Wednesday night that its agents work for him.

In remarks at Hillsdale College’s “Constitution Day” celebration, Barr recounted what he described as his own meetings with FBI agents in which he posed the the question: “Whose agents do you think you are?”

When asked by Florida Rep. Val Demings about the comments, Wray said he had not heard them yet.

“Well, I’m not familiar with that particular comment from the attorney general,” he said. “I will say, we, the FBI, work for the American people.”

Wray’s appearance in front of the committee was part of the annual Worldwide Threats hearing in which agency heads provide an evaluation of threats facing the U.S. One notable agency head was missing, though — acting Department of Homeland Security Secretary Chad Wolf.

Wolf, who was subpoenaed to appear, defied the order to come before the committee, citing his pending nomination as secretary for the department. The department instead offered to have the senior official performing the duties of deputy secretary of the Department of Homeland Security, Ken Cuccinelli, testify in Wolf’s place, but the committee declined, according to the DHS.

Senate Homeland Security committee staff met with Wolf about his confirmation Thursday, two committee aides and the DHS confirmed to ABC News. It is unclear whether the meeting took place during the time he was supposed to be testifying in front of the House Homeland Security Committee.

Democratic members expressed disappointment that Wolf was not in attendance, while Republican members defended him and the department, accusing Democrats of conducting political theater.

In Wolf’s absence, Wray was left in the hot seat to face questions about everything from the assessment of the nation’s election security to various threats from homegrown violent extremists.

Wray echoed the intelligence community’s assessment that Russia is actively continuing to try to influence the U.S. election.

“The intelligence community’s consensus is that Russia continues to try to influence our elections, primarily through what we would call malign foreign influence, as opposed to what we saw in 2016, where there was also an effort to target election infrastructure, cyber targeting,” he said.

The FBI director said that the agency has seen “very active” efforts by the Russians to influence the 2020 election and that Russians are focusing on using social media and other proxies to “sow divisiveness and discord.”

The focus of these efforts by the Russians is to “primarily to denigrate (former) Vice President (Joe) Biden, and what the Russians see is kind of an anti-Russian establishment,” Wray said, adding that the bureau’s partnerships with social media companies are crucial for combatting misinformation and disinformation in 2020.

“There are things that they can do and they have resources to take responsibility for things that are happening on their own platforms, much more quickly, and — and within greater legal flexibility under their terms of use in terms of service than we could do.”

Asked about the history of widespread voter fraud since both the president and attorney general have baselessly argued that a mass expansion of mail-in voting will result in that outcome, Wray said there was no such historical precedent.

“We have not seen a danger of a coordinated national voter fraud effort in a major election,” Wray said. “We’ve certainly investigated voter fraud committed by mail, it’s typically been at the local level.”

Wray was pressed repeatedly by both Democrats and Republicans about the particular ideology of protesters involved in some of the violent unrest across the country since the killing of George Floyd while in police custody, and on numerous occasions Wray said that the FBI doesn’t investigate ideology but rather criminal behavior.

Wray also said that the FBI has taken on more than 1,000 ongoing domestic terrorist investigations since the start of 2020 and that the FBI has arrested 120 people who have wanted to carry out violent acts in the United States.

He added that of the racially motivated attacks that the FBI has investigated and prosecuted, those expressing a white supremacist ideology are responsible for the majority of incidents.

“People subscribing to some kind of white supremacist type ideology is certainly the biggest chunk of that,” he said.

Wray was quick to say that all those charged for racially-motivated attacks fit the “category of anti-government anti-authority, which covers everything from anarchist violent extremists to militia types — we don’t really think in terms of left right.”

Experts call for climate change debate to move beyond settled science and focus on action
What’s the scariest movie of all time? Better check your heart rate
‘News of the World’ trailer shows Tom Hanks on an epic adventure
Netflix lifts curtain on dazzling ‘The Prom’ trailer
Bill aims to prohibit discrimination in financial services for first time
Dolly Parton teams up with other artists for song to support fight to end breast cancer