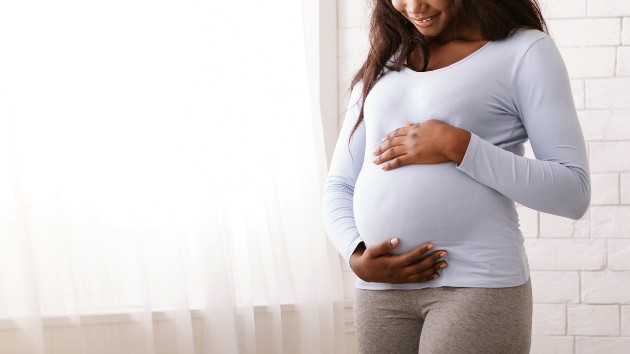 (NEW YORK) — Pregnant Black and Pacific Islander women in San Francisco will get a $1,000 monthly supplement during and after their pregnancy in a first of its kind initiative meant to help improve health outcomes for both the mom and the baby.

Starting next year, 150 women will receive the supplement for the duration of their pregnancy and the first six months of their baby’s life. The new initiative, called the Abundant Birth Project, has the goal of eventually providing the supplement to women for up to two years after pregnancy.

“We’re really trying to reduce stress at a critical moment in a mom’s life and a child’s life,” said Dr. Zea Malawa, a board-certified pediatrician who leads San Francisco’s Expecting Justice initiative and who shepherded the project through two years of development. “Because we know that if we intervene in that window, the potential benefits can last a lifetime for that child.”

In San Francisco, Black infants are almost twice as likely as white infants to be born prematurely, and Pacific Islander infants have the city’s second-highest preterm birth rate. Black families also account for half of the city’s maternal deaths and over 15% of infant deaths, according to the office of San Francisco Mayor London Breed, which announced the Abundant Birth Project on Monday.

“When we see these disparities in birth outcomes, a lot of times people attribute that to Black and Pacific Islander people not caring about their health or being generally in poorer health or engaging in behaviors like drinking and smoking, but the data simply doesn’t back that up,” said Malawa. “We see in a lot of studies over the last several decades that when you control for those factors, we still see that Black women have adverse birth outcomes in comparison to their white counterparts, and frankly any of their race counterparts.”

“One of the things that was clear to me was that strictly medical interventions were not going to be adequate for closing the gap,” Malawa said of developing the Abundant Birth Project.

The idea to help pregnant women in San Francisco through cash, as opposed to additional programs or different medical care, came from both looking at the data and from putting Black and Pacific Islander women at the center of decision-making.

“We learned from the [Black and Pacific Islander] mamas in our steering committee, and for those of us that identify as Black what we know from our personal lives as well, that financial issues can be very stressful in a city of such great income inequality in particular,” said Malawa. “The median income among Black families in San Francisco is less than the national median income, and we live in an extraordinarily expensive city.”

“Pacific Islander families are also overwhelmingly concentrated in the lowest income neighborhoods of San Francisco, so it’s not surprising at all that these are the kinds of [poor health] outcomes that we see,” she said.

The monthly supplements, which will be paid for through private donations and some public funding, will come without any restrictions on how the women spend the money, a condition meant to empower the women, according to Malawa.

“There is a lot of stigma unfairly assigned to low-income women of color and in particular low-income Black women around receiving benefits,” she said. “When we invest in low-income families, we need to remove the stigma, because that is also an investment in our economy and in our future well-being,” she said.

“Everyone can benefit from a generation of kids who are born healthy and happy,” added Malawa.