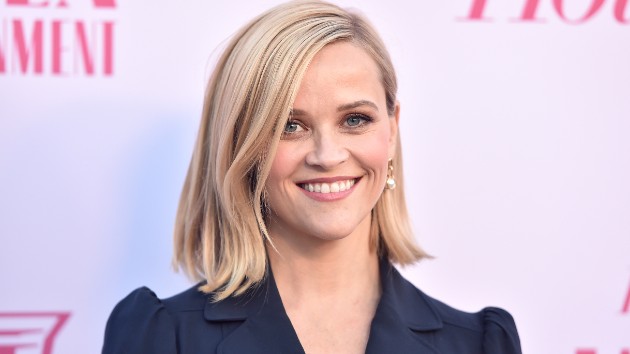 (LOS ANGELES) — As many first time mothers can attest, preparing for a baby can be extremely daunting.  Actress Reese Witherspoon says her experience was no different when she was expecting her first child.

Appearing on The Drew Barrymore Show on Tuesday, the Oscar-winning actress confessed that her life isn’t nearly as put together as fans might believe.  Her best example she could give was when she was pregnant with her now 21-year-old daughter Ava Phillippe.

“I got pregnant when I was 22-years-old,” Witherspoon began, adding that she was “terrified” at the time.  “I didn’t know how to balance work and motherhood.”

She added that welcoming Ava into the world also cast a shadow of doubt on her burgeoning acting career, confessing that back then, “I didn’t have any real power, leverage within my industry” because she “hadn’t… established myself as someone who could demand” certain things, such as ensuring a movie shoots closer to her child’s school.

“I was just like every other mom trying to figure it out,” admitted the 44-year-old mom of three.

Now that The Morning Show star has found her stride balancing a major career as a movie and television actress alongside raising her three children, she fully embraces the working mom lifestyle.

“You take the food out of your mouth, the clothes off your back, the sleep out of your life — but every bit of it, every bit of that sacrifice is truly worth it,” Witherspoon smiled. “That’s what makes me wake up on a Sunday. It’s not movies or my job.  It’s my kids.”

Witherspoon is the mother of Ava, 21 and Deacon Phillippe, 16 — whom she shares with ex Ryan Phillippe — as well as seven-year-old Tennessee James Toth with husband Jim Toth.

Pelosi ‘ready’ to send Trump impeachment article but needs answers about Senate trial
Psst: Shonda Rhimes’ ‘Bridgerton’ renewed for second season at Netflix
Chrissy Teigen says sobriety is “a different world for me”
Tom Holland admits he broke his laptop when he found out he was the new Spider-Man
Biden’s first 100 days live updates: Biden to spend first full day focused on pandemic
Poet Amanda Gorman on her inauguration invite: I was ‘honestly shocked’