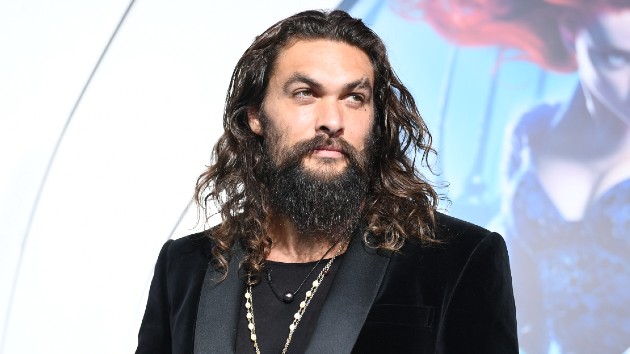 (LOS ANGELES) — Jason Momoa is standing with his Justice League costar Ray Fisher and backing the alleged claims of abuse while on set.

In a strongly worded Instagram post the Aquaman star called for a thorough investigation into the accusations.

“THIS S*** HAS TO STOP AND NEEDS TO BE LOOKED AT,” he wrote on Monday alongside a photo of himself and Fisher at Comic-Con.“@ray8fisher AND EVERYONE ELSE WHO EXPERIENCED WHAT HAPPEN[ED] UNDER THE WATCH OF @wbpictures NEEDS PROPER INVESTIGATION.”

Referencing leaked reports that he’s set to star in a Warner Bros. Frosty the Snowman project, Momoa added, “I just think it’s [messed] up that people released a fake Frosty announcement without my permission to try to distract from Ray Fisher speaking up about the [crappy] way we were treated on Justice League reshoots.
Serious stuff went down. It needs to be investigated and people need to be held accountable.”

Momoa’s support comes two months after Fisher, who is known for his portrayal of Victor Stone/Cyborg in the DC Extended Universe, fired off a tweet describing his experience working with director Joss Whedon on the 2017 film.

“Joss Whedon’s on-set treatment of the cast and crew of Justice League was gross, abusive, unprofessional, and completely unacceptable. He was enabled, in many ways, by Geoff Johns and Jon Berg,” he wrote on July 1. “Accountability>Entertainment.”

According to The Hollywood Reporter, Berg has denied the claims, while Johns and Whedon have not addressed them publicly.