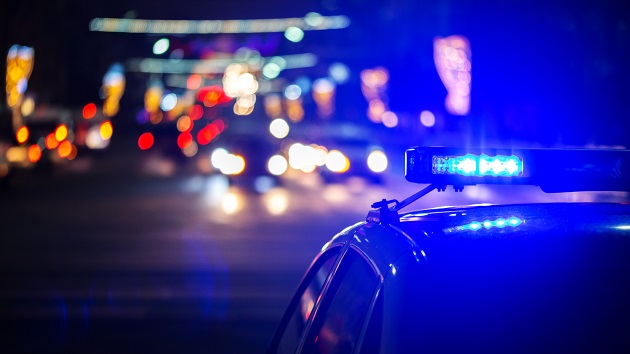 (AURORA, Colorado) — A Colorado city has put a temporary ban on the use of ketamine by first responders more than a year after the death of Elijah McClain, a 23-year-old Black man who was placed in a chokehold by a police officer and given a dose of the powerful sedative.

The Aurora City Council voted unanimously on Monday night to put a moratorium on the use of ketamine at least until an independent investigation into McClain’s death is completed.

“It’s only right to suspend the use of it until if and when it is determined to be safe,” Aurora Mayor Mike Coffman said at the city council meeting.

McClain’s 2019 death in Aurora became one in a series of flashpoints in a national reckoning over racism and police brutality after officials released police body camera video that showed officers stopping him on a street and the situation quickly escalating.

In July, the Aurora City Council unanimously passed a resolution allowing for an “independent, unbiased” investigation into McClain’s death. The Colorado Department of Public Health also has opened an investigation into the use of ketamine.

McClain, a gifted violinist, was walking home from a store on Aug. 24, 2019, after buying iced tea when a police dispatcher received a 911 call at 10:30 p.m. reporting a man wearing a ski mask on a warm night acting “sketchy,” according to an audio recording of the call released by the Aurora Police Department. The caller told the dispatcher that the man, later identified as McClain, “might be a good person or a bad person” and stated no weapons were involved and that no one was in danger.

Officers responded to the scene and repeatedly yelled out for McClain, who was listening to music, to stop. According to the body camera footage, three officers approached McClain and one immediately put his hands on him, saying, “Stop tensing up.” McClain replied, “Let go of me.” He told the police he was “just going home” and told the officer “I am an introvert.”

The officers took McClain to the ground and placed him in a carotid control hold — an arm was placed around his neck, restricting the flow of blood to the brain from the carotid arteries, according to a letter from Dave Young, the district attorney for Adams and Broomfield Counties, to then-Aurora Police Chief Nicholas Metz. McClain, who was placed in handcuffs, is seen in the footage on the ground and vomiting after officers forcefully restrained him.

Paramedics were called to the scene as McClain, according to the letter, remained combative and possibly suffered from a condition known as excited delirium. In an apparent attempt to calm McClain down, paramedics gave him a shot of ketamine, commonly used by medical practitioners and veterinarians as an anesthetic.

Once placed in an ambulance, McClain went into cardiac arrest, according to police. He died several days later at a hospital.

Mari Newman, an attorney for McClain’s family, alleged in a July interview with ABC News that paramedics gave McClain an “excessive dose” of ketamine.

An autopsy conducted by the Adams County Coroner’s Office could not determine the cause or manner of McClain’s death. The autopsy found a “therapeutic level” of ketamine in McClain’s blood, but the coroner could not rule out whether the sedative produced an unanticipated side effect that contributed to the death.

While Young said McClain’s death “was both tragic and unnecessary,” he declined to file criminal charges against the officers, saying, “In order to prove any form of homicide in the State of Colorado it is mandatory that the prosecution prove that the accused caused the death of the victim.”

“Based on the facts and evidence of this investigation,” Young added, “I cannot prove beyond a reasonable doubt that the officers involved in this incident were not justified in their actions based on what they knew at the time.”