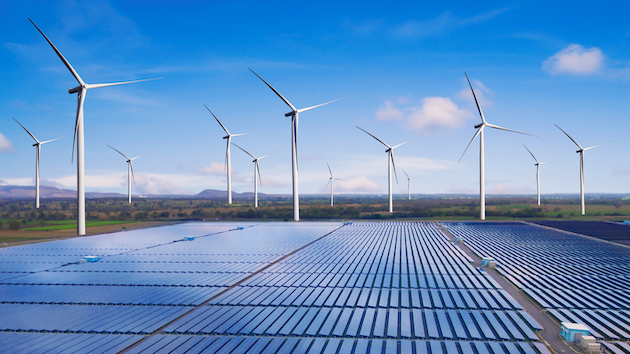 (NEW YORK) — bp and Microsoft have joined forces to advance their sustainability goals.

Both companies announced plans to achieve carbon emission reductions earlier this year. In January, Microsoft announced a goal to be carbon negative by 2030 and to remove all the carbon they have emitted since their founding by 2050. Meanwhile, in February, bp announced a goal to become net carbon zero by 2050 or sooner.

To become net-zero, bp will need to remove or offset the same amount of emissions it releases each year into the atmosphere.

The two companies say they will “collaborate as strategic partners to further digital transformation in energy systems and advance the net-zero carbon goals of both companies.”

Microsoft plans to support bp’s goals by extending the use of Microsoft Azure, its cloud computing service, to help digitize the oil company’s infrastructure and operations. Using this service, bp will get access to “a broad and deep portfolio of cloud services, including machine learning with Azure Digital Twins, data analytics, security and more, to gain greater insights, drive significant optimization opportunities and transform business processes.”

“bp shares our vision for a net-zero carbon future, and we are committed to working together to drive reductions in carbon emissions and fulfill demand with new renewable energy sources,” said Judson Althoff, executive vice president of Microsoft’s Worldwide Commercial Business, in a statement. “A strategic partnership such as this enables each organization to bring its unique expertise for industry-leading change and the potential to positively impact billions of lives around the world.”

“bp is determined to get to net-zero and to help the world do the same. No one can do it alone – partnerships with leading companies like Microsoft, with aligned ambitions, is going to be key to achieving this,” said William Lin, bp executive vice president for regions, cities, and solutions, in a statement. “By bringing our complementary skills and experience together, we are not only helping each other achieve our decarbonization ambitions but also creating opportunities to support others on their journey towards reducing carbon emissions.”

bp and Microsoft have also signed a memorandum of understanding that recognizes that both companies can help each other achieve their sustainability goals and help the world decarbonize.

As part of bp’s goal, the company plans to develop about 50 gigawatts of net renewable energy capacity, increase annual investments in low carbon energy to 5 billion dollars, and cut oil and gas production by 40%.

Microsoft plans to reach its goal in several ways, including with 100% renewable energy by 2025, pushing for carbon reduction and removal policies, and by cutting their carbon emissions by half by 2030 and by removing more carbon from their atmosphere than they emit each year.

Idris Elba, Angela Bassett and others to help launch new opportunities for diverse first-time filmmakers
NASA pledges to land 1st woman on moon by 2024
Coronavirus live updates: CDC forecasts up to 226K US deaths by mid-October
How much black licorice is too much and why a sweetening compound can be bad for adults
McConnell pushes back at Trump’s refusal to commit to peaceful transfer of power if he loses
Breonna Taylor decision ignites protests from New York to Chicago to Seattle