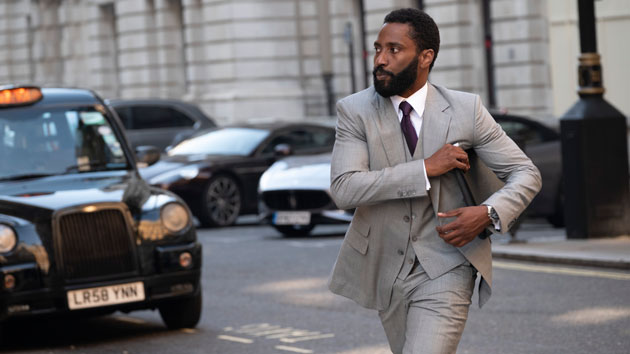 (LOS ANGELES) — Tenet has brought in $200 million worldwide, according to Variety.

The film starring John David Washington and Robert Pattinson opened in the U.S. and Canada on September 3. Although Warner Bros. touted at $20 million debut, the film actually only brought in $9 million that first weekend between Friday and Sunday, not counting weekday preview screenings and Labor Day. The second weekend saw a 29% drop with a total of $6.7 million across the two markets.

Gathering the box office tallies globally, the film has brought in more than $200 million through ticket sales, with showings available in an additional 100 venues during its second weekend.

Variety reports that 65-75% of theaters in the U.S. are open with precautions and limited capacity in place, while theaters in such film hot spots as Los Angeles and New York City remain shuttered due to the pandemic.

Tenet, which sees Washington as a CIA agent working to manipulate time in an effort to stop World War III, is the first major studio film to be released during the pandemic. It was originally scheduled for release on July 17, then was moved to July 31 and moved a third time to August 12.

Additionally, Disney’s live action Mulan also pulled in lackluster opening weekend numbers, earning $23.2 million following its Friday debut in China and $37.6 million across the globe, with a production budget of $200 million. Rather than releasing the film in theaters in the U.S., Mulan went straight to Disney+ for $30.

More than 58 million Americans have already voted
Black Friday 2020: What you need to know before shopping this year’s sales frenzy
Family of murdered college athlete settles with university for $13.5 million
Florida begins in-person voting with over two million votes already cast by mail
Biden and Democrats outspending Trump and GOP by $85 million on ads in final weeks
Coronavirus live updates: China to test city of 9 million amid outbreak linked to hospital