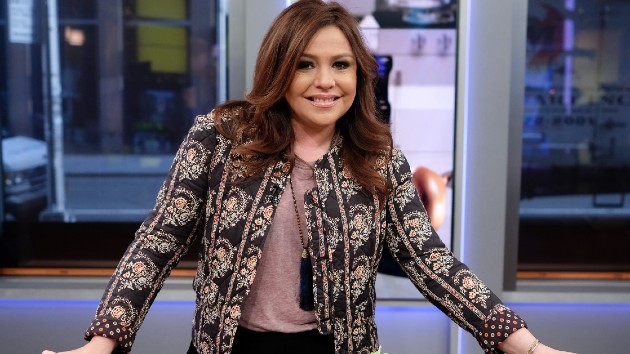 (NEW YORK) — Rachael Ray is giving her fans an inside look at the devastating aftermath of a fire that occurred at her home last month.

Over the weekend, the television host and well-known cook shared snippets of her Lake Luzerne, NY home engulfed in flames, as well as the grim ash remnants that remained as a result of the house fire that occurred on August 9.

“This was our bedroom, and our library. And that was our bathroom and our dressing area,” she said in a clip posted to Instagram.

Ray, her husband, John Cusimano, and their dog, Bella, were not harmed in the incident, but the same cannot be said for some of their most sentimental items.

In a separate Instagram post, she wrote, “On Aug. 9th, my house burned. 15 years of memories; 40 years of notebooks, drawing, thoughts, my life’s work. In the years that I lived here, I learned an awful lot. In the few weeks since it burned, I think I’ve learned even more. Today, we’re going to share what’s left of our home.”

Last month, a rep for Ray told Entertainment Tonight that the cause of the fire had not yet been determined.

Ray plans to reveal all the details surrounding the incident complete with “never-seen-before personal footage” during the Season 15 premiere of Rachael Ray, which is scheduled for Monday, September 14.

Woman sets another woman on fire in alleged attempted murder: Police
“The Bachelorette” recap: Katie lays down the law after learning some of the men may be playing her
Clearfield Police: woman bitten by dog, car crashes into porch, cat stuck on roof
Members of Congress hold moment of silence for Americans who died of COVID-19
Rudy Gobert named NBA Defensive Player Of The Year
Nature-based or lab leak? Unraveling the debate over the origins of COVID-19