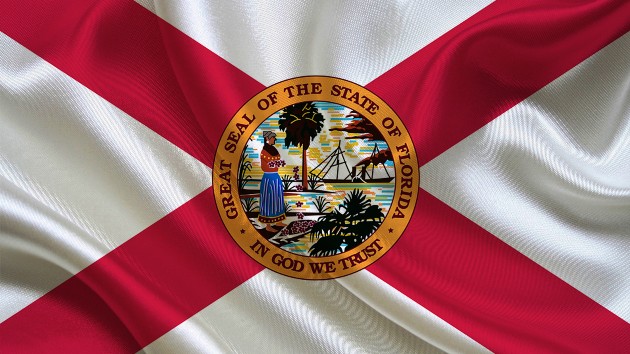 (ORLANDO, Fla.) — Seminole County, just north of Orlando and long a stronghold for Florida Republicans, has emerged as a surprising toss-up this fall in a state that recent polling suggests is up for grabs between President Donald Trump and former Vice President Joe Biden.

No Democratic presidential nominee has won Seminole since Harry Truman in 1948, and the county appeared firmly in Republican hands as recently as 2016, when registered Republicans there outnumbered registered Democrats by more than 13,000 voters.

But that gap has closed — and quickly.

As of last month’s primaries, Democrats trailed Republicans by only 1,000 voters, thanks to efforts to woo moderate Republicans and unregistered voters and to the changing demographic composition of the county, which has brought more liberal-leaning voters inside county lines.

In addition, a Democrat won the congressional district that includes Seminole County in 2016 — the first time since the early 1990s — while statewide Democratic candidates Andrew Gillum, the former Tallahassee mayor who ran for governor, and former Sen. Bill Nelson beat their Republican counterparts in the county two years ago.

Republican presidential candidates have long been able to rely on the county, often winning by large margins there. In 2000, when Florida was decided by just 537 votes, former President George W. Bush beat former Vice President Al Gore in Seminole by more than 16,000 votes.

Rob Bial witnessed the struggles Democrats in Seminole went through then. Having moved to the county in 1998, he remembers attending Seminole Democratic Party meetings.

“I was looking at a bunch of old people,” said Bial.

After Trump won Seminole (and Florida) in 2016, Democrats’ attitudes there changed, according to Bial.

“There was a huge outpouring of desire to get involved,” he said. “And I was part of that.”

In fact, when Bial was appointed chair of the Seminole Democrats the following year, he began trying to chip away at Republicans’ voter registration advantage. Doing so required greater levels of organization.

“I wanted precinct captains in every region,” he said. “I wanted to make sure that people knew their neighbors, because that’s how you get people out to vote. It’s not texting or phone banking from anonymous numbers. It’s your neighbor from across the street saying, ‘Hey did you see this woman who’s running for state senate? She’s amazing."”

Bial had a hunch that there were scores of potential Democrats out there, they just needed the encouragement to register as one and a moderate message to latch onto.

Paul Finnegan moved with his wife, Jean, to Winter Springs, just off Lake Jessup, in the mid-1990s. Paul, a Democrat in the couple’s previous state of Virginia, registered with the Seminole County Republican Party and Jean, as a no party affiliation voter.

Paul, who describes himself as a “liberal Republican or a conservative Democrat” spent his political energy trying to bring more conservative Republicans to the center.

Last year, he gave up. A year after Jean, disgruntled by Trump, switched her registration to the Democratic Party, Paul joined her. Jean now volunteers for the Seminole Democrats.

Rep. Stephanie Murphy ran on a moderate platform in 2016 on her way to unseating a 12-term Republican incumbent in Florida’s 7th Congressional District, which contains all of Seminole as well as bits of Orange County to the south.

Then in 2018, thanks to the voter registration movement and Murphy’s own efforts to turn out young voters and voters of color, she retained her seat, winning by an even wider margin.

“People in Central Florida are not somehow becoming more progressive,” Murphy, a former unaffiliated voter herself, told ABC News. “What they want is somebody who is effective.”

But while Democrats have successfully engaged voters already living in the county, they have also benefited from something out of their control: the migration of voters who already lean left on the political spectrum.

According to Johnson, the county’s property appraiser, the lack of room for new single-family plots of land makes that type of development likely to continue.

“We just have run out of space,” he explained.

With Democrats and Republicans nearly tied among registered voters in Seminole, November’s elections might come down to the unaffiliated voters, who make up nearly 30% of all registered voters in the county and who are diverse, according to Chris Anderson, the Seminole County Supervisor of Elections.

“They’re everyone,” Anderson told ABC News of those registered as no party affiliation. “There’s no one person the same. They’re immeasurable.”

Among them include younger voters “disgusted with both parties,” according to Murphy, and Hispanic voters, almost 40% of whom are registered without party affiliations.

Seminole County, like others in central Florida, has seen an increase in Hispanic voters since 2017.

“I had to win NPAs two-to-one (in 2018) in order to win this district,” Murphy said of the no party affiliation voters. “I have to be able to turn out NPAs.”

For their part, Republicans in Seminole County remain confident in their ability to deliver the county to Trump for a second time.

“Seminole is Trump country,” Linda Trocine, chair of the Seminole GOP, told ABC News in a text message. “His message of law and order resonates with suburban women, who decide the outcome of elections here.”