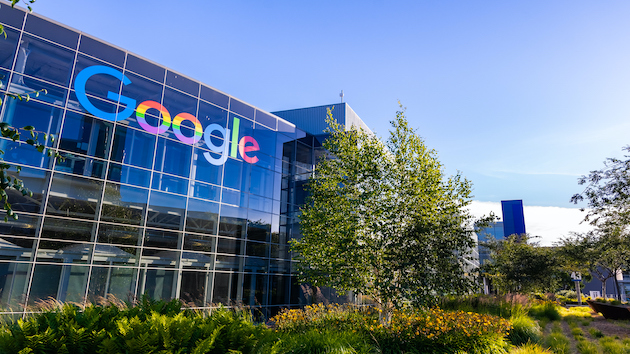 (NEW YORK) — Google has announced a new sustainability pledge that [it says] will create a “carbon-free future for everyone.”

In a blog post , CEO Sundar Pichai says “The science is clear: The world must act now if we’re going to avert the worst consequences of climate change.”

There are four parts to Google’s plan.

First, it has eliminated its carbon emissions from the founding of the company through 2007 by purchasing of carbon off-sets, which are bought and can fund projects that reduce greenhouse gas emissions around the world.

The company has been carbon neutral since 2007, meaning its emissions have been zero through the use of renewable energy or carbon offsets. Google claims to be the first major company to have their net carbon footprint be zero.

Second, Google says they will become the first company to run completely on carbon-free energy across all of its operations worldwide by 2030. Pichai writes this is the company’s biggest sustainable moonshot to date.

“We’ll start by working towards 24/7 carbon-free energy at all of our data centers and campuses around the world. Our data centers power the products and services you’ve come to rely on every day,” writes Pichai. “This will mean every email you send through Gmail, every question you ask Google Search, every YouTube video you watch, and every route you take using Google Maps, is supplied by clean energy every hour of every day.”

Third, Google will “enable 5 Gigawatts of new carbon-free energy across our key manufacturing regions by 2030 through investment.” They expect this to lead to $5 billion dollars in clean energy investments and take the equivalent of 1 million cars off the road each year, while also creating 8,000 clean energy jobs across the world.

Fourth, the company will help 500 cities worldwide reduce emissions by 1 gigaton by 2025. They [plan to] do this by using Google’s Environmental Insights Explorer platform, which shows the estimated building emissions inside city boundaries, the estimated transportation emissions from trips that start or end in a city, and the estimated rooftop solar potential of all buildings in a city.

In addition, Google is launching several initiatives to help its partners and other organizations reduce their carbon footprint and remove carbon from the atmosphere, while also helping people around the world make sustainable choices, such as finding bike-shares or electric vehicle charging stations. Google hopes to 1 billion people make better environmental choices by 2022.

Google has been carbon neutral since 2007 and became the first major company to match their energy usage with 100% renewable energy in 2017.

Google is the latest company to announce a sustainability pledge this year.

In January, Pepsi announced they would use 100 percent renewable energy in the US, and in February Microsoft announced a goal to become carbon negative by 2050.