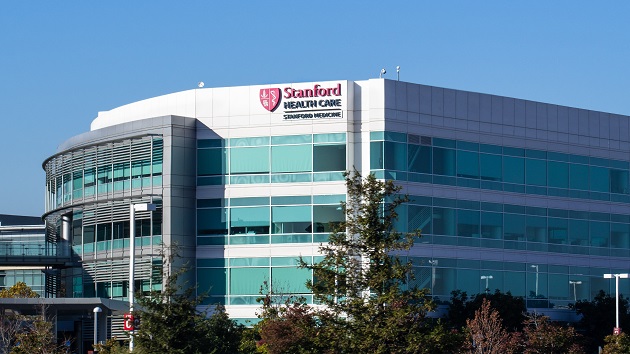 (WASHINGTON) — A group of 78 researchers and doctors from Stanford Medical School took aim this week at Dr. Scott Atlas, the expert President Donald Trump recently added to the White House pandemic response task force, for embracing and peddling what they described as “falsehoods and misrepresentations of science” in his public musings about the coronavirus.

Atlas, a neuroradiologist by training with no background in treating infectious diseases, joined the president’s medical advisory staff last month. Before doing so, he made frequent appearances on Fox News, where he often cast doubt on the efficacy of wearing masks and pushed for schools to reopen with in-person learning – positions in line with Trump’s own public sentiments.

In a “Dear Colleagues” letter penned Wednesday, the Stanford experts wrote that they have a “moral and ethical responsibility” to push back on Atlas’ controversial claims about mitigating the spread of the coronavirus, which they characterized as “opinions and statements [that] run counter to established science” and “undermine public health authorities and the credible science that guides effective public health policy.”

ABC News has reached out to Atlas through the White House for comment.

The rebuke from experts at Stanford’s medical school, where Atlas was once chief of neuroradiology, marked a significant backlash against one of the president’s top advisors. At a White House press briefing in August, Trump introduced Atlas as a new member of the coronavirus task force, calling him “a very famous man who is also highly respected.”

In their letter, however, the Stanford experts tick through a set of widely accepted medical conclusions in conflict with Atlas’ public statements and alleged private policy suggestions.

Without explicitly tying their list to Atlas’ past statements, the set of conclusions — which are based on a “preponderance of data,” according to the letter — include information about the use of face masks, asymptomatic spread and the risk posed to children.

Their last point, for example, denounces the use of natural “herd immunity,” the notion of allowing the disease to tear through the population to build up natural immunity, as “not a safe public health strategy.”

“There is no policy of the President or this administration of achieving herd immunity. There never has been any such policy recommended to the President or to anyone else from me. That’s a lie,” Atlas said in a statement released by the White House.

Atlas doubled down on his defense to CNN’s Michael Smerconish on Sunday.

“It’s not just a lie, it’s an overt lie, it’s a disgusting lie, and it’s a harmful statement to make. I have never advised the president to push a herd immunity strategy,” he said.

Even so, both Trump and Atlas have pushed the concept of letting the virus circulate widely — at least among young health people — without using the term “herd immunity.” Last month, the president expressed interest in exploring the option of allowing the disease to spread quickly and allow the populace to build up resistance.

Atlas has also drawn ire for controversial statements about returning children to schools. He has questioned whether children can transmit the virus and complained that the U.S. is “the only country … this hysterical about opening schools.”

The Stanford experts noted that, “while infection is less common in children than in adults, serious short-term and long-term consequences of Covid-19 are increasingly described in children and young people.”

They concluded their letter by emphasizing the need to exercise “science-based decision-making,” and warning that any policy proposals that fall short of that standard could undermine progress in combatting the disease.

“Failure to follow the science – or deliberately misrepresenting the science,” the letter continues, “will lead to immense avoidable harm.”

Atlas is a senior fellow at Stanford’s conservative Hoover Institution.