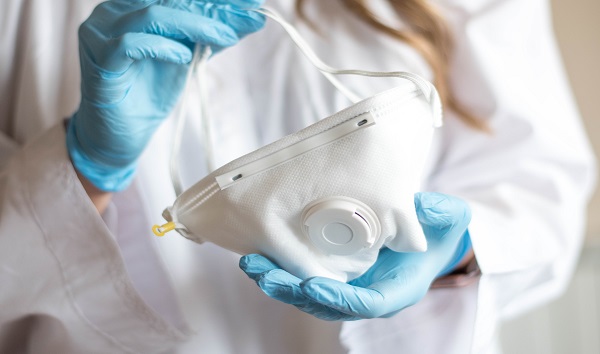 (NEW YORK) — Michael Bloomberg isn’t shy about leveraging his fortune in an attempt to solve intractable problems, like obesity and gun violence. On Sept. 3, the billionaire added another public health project to his fix-it list: America’s Black doctor shortage.

Bloomberg announced Thursday that he would give $100 million to the nation’s four historically Black medical schools: Meharry Medical College, Howard University College of Medicine, Morehouse School of Medicine and Charles R. Drew University of Medicine and Science. The gift, which will be awarded to medical students in grants up to $100,000, will provide scholarships for 800 students. Nearly every medical student currently enrolled and receiving financial aid over the next four years will get a scholarship, according to Bloomberg Philanthropies.

The donation is the first major commitment from the Greenwood Initiative, which Bloomberg launched during his presidential campaign, and which is designed to invest in Black communities and increase generational wealth among Black families.

Although the move was applauded by medical groups across the country, included the Association of Black Cardiologists and the Association for Academic Minority Physicians, Bloomberg and the Black community are not a natural pairing. The rift caused by the legacy of the former mayor’s controversial stop-and-frisk policy in New York is so severe that Bloomberg apologized to Black voters for it on the campaign trail.

Despite that fraught history, or perhaps in part because of it, Dr. Damon Tweedy is optimistic about the influx of Bloomberg money into historically Black medical schools. “In a larger context, maybe it’s a way to restore and repair,” said Tweedy, an associate professor of psychiatry and behavioral sciences at Duke University School of Medicine and author of the book “Black Man in a White Coat.”

“Money can’t solve everything, but money can solve some things,” he added. “Hopefully it will eventually lead to these schools becoming tuition-free.”

While African Americans make up 13% of the United States’ population, as a Black psychiatrist, Tweedy is among just 5% of practicing physicians who are Black or African American, according to the Association of American Medical Colleges.

The lack of Black doctors isn’t solely about equal access to education and high-paying professional jobs. If you’re Black in America, having a doctor who looks like you can mean the difference between life and death.

Black Americans fare worse than white Americans for nearly every measurable metric of health. The drivers behind these disparities are complex, systemic and deeply rooted, and include lack of access to quality health care for Black Americans, racism in medicine and mistrust that dates back to when enslaved Africans were mistreated by the medical establishment.

It’s a thorny problem with no simple solution. There is one thing that might help. Research shows that Black patients are more likely to get better medical care from Black doctors and nurses.

“Health care disparities exist for a myriad of reasons related to systemic infrastructural issues, not the least of which is the dearth of Black doctors,” Dr. Wayne Frederick, president of Howard University, said in a statement. “Black doctors with cultural competency are a major part of the solution, but their path is often hampered by a compromised financial situation.” The Bloomberg gift, he said, will have a ripple effect that transcends generations.

Tweedy has seen the positive effect that having a Black doctor can have on patients firsthand. Psychiatry involves subjectivity and when doctors are making subjective diagnoses of their patients, bias can creep in, he explained.

If a Black patient is refusing medical treatment, he explained, “My first thought is not that they are psychotic.” Instead, he asks about the patient’s family and tries to get a sense of the larger context surrounding the patient’s refusal. He might wait three sessions before suggesting medication, in order to build trust and to avoid alienating the patient.

“It becomes a different kind of a conversation,” he said.

Cultural competency goes a long way in medicine. Michael Lindsey, executive director at New York University’s McSilver Institute for Poverty Policy and Research, who published a study last year on suicide attempts among Black teenage boys, described students getting kicked out of school or punished because of the way they expressed their depression.

One Black adolescent he counseled told him that when he felt depressed, he wanted to knock somebody’s head off, “so he feels the same pain I feel,” Lindsey previously told ABC News. “We tend to punish as opposed to treat,” he said. “Are we readily thinking that kid may be depressed?”

Tweedy has also been on the other side of the table, as one of the only Black students in medical school. In his book, he describes patients flatly telling him they don’t like Black doctors. A professor mistakes him for the janitor. And in every lecture, he hears the same refrain about the diseases they are studying to treat: “More common in Blacks than in whites.”

America’s latest scourge, the coronavirus pandemic, has thrown those existing disparities into sharp relief. Black Americans are three times more likely to be infected with the virus and twice as likely to die from COVID-19 as white Americans. Over time, the $100 million could help boost Black representation in medicine.

In the short-term, it will also give Black medical school students more options about which specialties they want to pursue. That’s a boon for low-income students with medical school debt, who sometimes choose their specialty or academic track based on how much money they’ll make in their future careers.

“This could give them the flexibility to consider research,” said Tweedy, noting that academic tracks are less lucrative than specialties like cardiology or anesthesiology.

Still, Tweedy was careful to note that $100 million is a step in the right direction, but won’t solve the Black doctor shortage or the Black-white health gap. Just applying to medical school is prohibitively expensive for low-income applications. The cost to submit applications and travel to visit schools adds up, Tweedy, whose father worked as a grocery store meat cutter, explained.

“These things may seem trivial, but they are really important,” he said. The Bloomberg gift will help people already in the medical school system tremendously, Tweedy noted. “We also have to think about the people who are deterred.”

And then there’s the uncomfortable question Tweedy says he’s been grappling with lately. “Have we come to a point in which it’s just not safe for Black patients to be treated by white doctors?” he asked. “If so, that’s upsetting.”

“Is our society so broken that we have to have segregated medicine?”

NXIVM founder Keith Raniere sentenced to 120 years in prison
‘Colin in Black & White’: Jaden Michael to star as Colin Kaepernick in Netflix series
Retailers stock up on smaller turkeys for Thanksgiving due to pandemic
Election 2020: How to spot voter intimidation and what to do
How to keep your newborn baby healthy during COVID-19 pandemic
Following confirmation to Supreme Court, Barrett takes first oath at White House