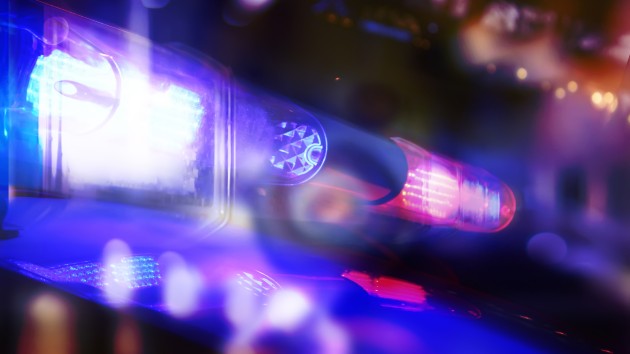 (LACEY, Wash.) — A man sought in connection to the death of a pro-Trump protester in Portland, Oregon, last week is dead after being shot by officers who were trying to apprehend him Thursday night in Lacey, Washington.

Michael Reinoehl, 48, was located by the FBI and U.S. Marshals, but when Reinoehl allegedly pulled a gun, taskforce members shot him, a law enforcement official tells ABC News.

The suspect was under surveillance when he left an apartment and got into a vehicle, which is when he was confronted by authorities, Lt. Ray Brady of the Thurston County Sheriff’s Office said during a press briefing Thursday night.

When officers tried to stop the vehicle, shots were fired and the suspect was killed. The sheriff’s spokesperson said no officers were injured and at this time it’s unclear if Reinoehl fired at officers.

Brady said four officers fired their weapons during the confrontation. Details of Reinoehl’s warrant are not being released at this time.

The suspect, who Brady did not name during the press conference, only describing him as a male in his 40s, had an outstanding warrant issued for him for homicide.

Reinoehl was sought in connection to the killing of 39-year-old Aaron Danielson during violent protests last weekend between a large caravan of pro-Trump supporters and Black Lives Matter protesters in Portland.

Joey Gibson, a founder of Patriot Prayer, a Washington state-based right-wing group, told ABC News that Danielson was a member of his group and a friend.

“They got one of about 12 involved in the assassination of Jay. We will not be satisfied until all of them are brought to justice,” Gibson told ABC News.