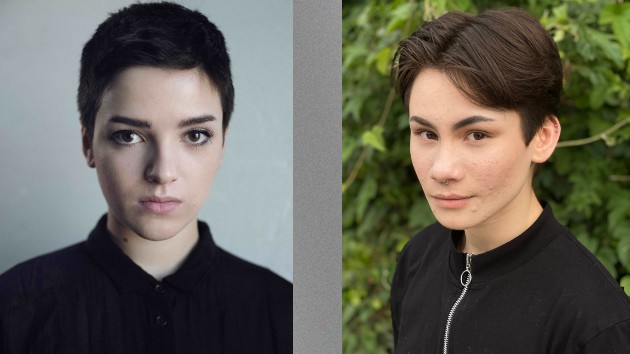 (LOS ANGELES) — Star Trek has always been about inclusion and diversity, which is why CBS All Access series Star Trek: Discovery is going where no previous Trek has gone before.

Discovery, which already boasts Trek’s first-ever gay couple, will now introduce the franchise’s first non-binary and transgender characters.  The non-binary character, Adira, is played by Blu del Barrio, a non-binary actor who uses they/them.  After coming on board the U.S.S. Discovery, Adria will form a bond with Lt. Commander Stamets and his partner Dr. Hugh Culber, played by Anthony Rapp and Wilson Cruz, respectively.

The transgender character, played by Ian Alexander, is Gray, whose dream of becoming a Trill host gets upended when his life takes an unexpected turn.  In the Star Trek universe, Trills are symbiotic alien-looking creatures that live inside the bodies of humanoid “hosts.”

Alexander, who uses they/them and he/him pronouns, is best known for his role as Buck Vu on The OA.  They’re the first out transgender Asian-American person to act on TV.

In a statement, Discovery showrunner Michelle Paradise says, “Star Trek has always made a mission of giving visibility to underrepresented communities because it believes in showing people that a future without division on the basis of race, gender, gender identity or sexual orientation is entirely within our reach.”

The third season of Star Trek: Discovery premieres October 15 on CBS All Access.