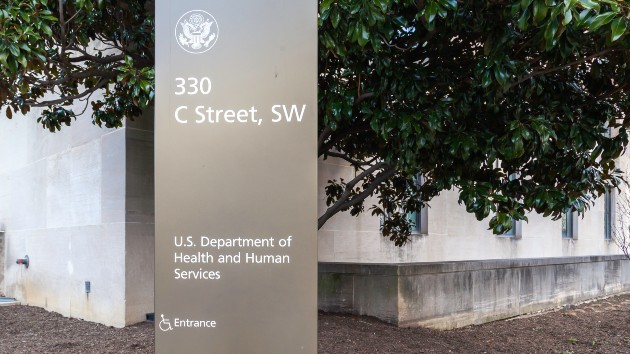 (WASHINGTON) — The Department of Health and Human Services is considering launching a major new public health campaign on COVID-19 that could include spending some $250 million on communications and public relations experts and potentially rope in Hollywood actors, sports figures and music artists, according to an agency official.

The push comes as President Donald Trump faces skepticism among voters that the federal government is doing enough to address the health crisis.

The official, who spoke on condition of anonymity because the person was not authorized to speak publicly on the details, said the idea followed a private Zoom call Dr. Anthony Fauci had earlier this year with some 30 celebrities. The celebrities were allowed to ask Fauci anything they wanted on the call, which lasted more than an hour.

The call suggested to administration officials that the American people have the same questions the celebrities have, the official said, and the agency decided it might need an ad campaign to have public figures ask top Coronavirus Task Force doctors and scientists questions for a series of one-minute public health ads.

But critics questioned whether the public relations push was aimed at boosting Trump’s reelection chances rather than informing the public on the health crisis six months after the first U.S. case was detected. Politico, which first reported on the potential $250 million proposal, obtained a letter from the administration to communications firms that stated the goal of the contract would be to “defeat despair and inspire hope” about the coronavirus pandemic.

House Majority Whip Jim Clyburn told reporters on Tuesday: “That sounds like another 250 million in taxpayer money to be used politically.”

HHS press secretary Michael Caputo confirmed to ABC News that the agency has reached out to public relations firms on a potential $250 million effort. He declined to provide details on where the contract stands in the federal procurement process.

But Caputo said the goal wouldn’t be winning over voters.

Tom Miller, a healthcare policy expert and resident fellow at the conservative-leaning American Enterprise Institute, said spending a quarter of a billion dollars on a public health campaign immediately ahead of an election raises serious flags.

Miller said he wonders why the administration didn’t work months ago to pull together a cohesive public health message using in-house experts.

“It’s not that this shouldn’t be done,” he said of the potential $250 million contract. “It’s that it should be done in the interest of the public and public health needs. It should not be done to help the reelection of a president.”

HHS officials — including the surgeon general — have talked previously about a public health information campaign featuring the doctors and scientists of the Coronavirus Task Force in conversations with public figures.

Lawmakers on Capitol Hill last April asked the administration to consider the importance of radio and television broadcasters to deliver information on COVID-19, particularly in rural areas. The bipartisan letter called on the administration in “making sure that stations are able to continue operating during this time is critical.”

In a July 10 response, Caputo said he agreed that the administration “must do more” to communicate the public health message in a pandemic.

“We are building a large campaign of purchased public service announcements to keep Americans informed as the pandemic evolves and our country safely opens,” he wrote.