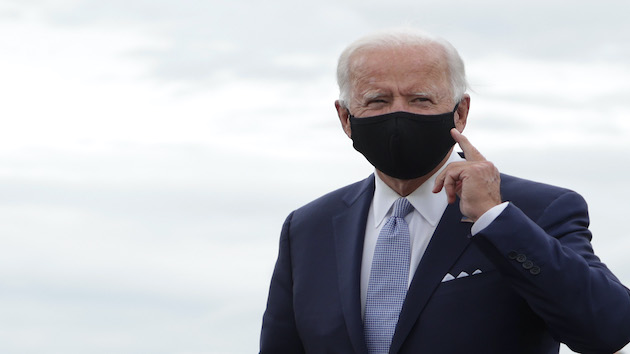 (WASHINGTON) — Former Vice President Joe Biden and his wife, Jill Biden, will travel to Kenosha, Wisconsin, on Thursday in the aftermath of Jacob Blake’s shooting.

The Democratic presidential nominee will hold a community meeting in the area where civil unrest turned deadly after Kyle Rittenhouse, a pro-police 17-year-old, allegedly opened fire killing two men during protests, according to the campaign. Social media accounts associated with Rittenhouse’s name contain references to support for President Donald Trump.

The trip comes as pressure mounted for Biden to visit the state and marks the farthest travel from his home state of Delaware since he went to Houston in June to meet with the family of George Floyd — who was killed in May by a Minneapolis police officer — before his funeral.

The travel announcement comes just one day after Trump visited Kenosha Tuesday afternoon. Trump did not meet with the Blake family during his visit to Kenosha and some of Blake’s family members held an event alongside community activists at the site of Blake’s shooting to counter the president’s visit. Trump toured damaged businesses and met with law enforcement officers during his trip.

Trump said he refused to speak with the family after they insisted upon their lawyers’ involvement. A lawyer for the family said that was standard practice considering the investigations into what had occurred.

“I feel terribly for anybody that goes through that,” Trump told reporters, saying he had heard Blake’s mother was “a fine woman” and noting the shooting was being investigated.

Biden and his running mate Sen. Kamala Harris spoke with the Blake family on Aug. 26. In an interview shortly afterward on MSNBC, Biden said this of a possible visit to Kenosha: “If I went [to Kenosha], what I’d be doing is trying to pull together the Black community as well as the white community and sit down and talk, and talk about how we get through this.”

This trip will be Biden’s first to Wisconsin since October 2018, before the launch of his presidential campaign.