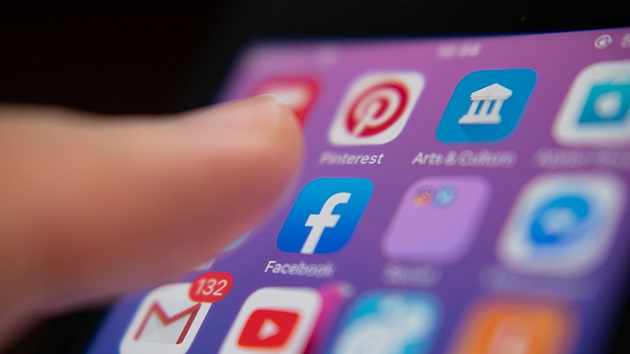 (WASHINGTON) — Some individuals connected to the online Russian troll group that attempted to interfere in the 2016 president election on social media are at it again, Facebook announced in a report on Tuesday.

The social media giant said it removed a “small network” of accounts and pages created by individuals it said were “associated with” the Internet Research Agency after receiving a tip from the FBI.

The St. Petersburg-based group previously engaged in a coordinated online effort to influence the 2016 election, according to special counsel Robert Mueller’s report on Russian interference.

In this most recent action 13 accounts and two pages were removed for violating Facebook’s policy on foreign interference, the company said. The effort was in its early days of development and was removed before it amassed a large audience, Facebook said.

While it was still active on the site, the group created fake left-wing accounts “to create elaborate fictitious personas, manage Pages, post in Groups and drive people to their off-platform site masquerading as an independent news outlet based primarily in Romania,” the report said.

These accounts “operated across a number of internet services and used fake names and profile photos” and “posed as news editors from various countries, including the US,” it continued.

Facebook has periodically removed accounts it accused of inauthentic behavior linked for Russia and other foreign countries.

About a dozen “deceptive campaigns connected to individuals associated with the [Internet Research Agency]” have been taken town since 2017, Facebook said.

Twitter also announced on Tuesday that it had suspended five accounts linked to one of the same pages, Peacedata, which they said could they could “reliably attribute to Russian state actors.”

After Facebook’s announcement, the FBI said the bureau provided information on the network “to better protect against threats to the nation’s security and our democratic processes.”

“We consider strategic engagement with U.S. technology companies, which includes sharing threat indicators, to be critically important in combating malign foreign influence actors,” the FBI statement said. “While technology companies independently make decisions regarding the content of their platforms and the safety of their members, the FBI is actively engaged with our federal partners, election officials, and the private sector to mitigate foreign threats to our nation’s security and our elections.”

Concerns about Russian interference ahead of the 2020 election have been rising as the election draws closer. In February, FBI Director Christopher Wray warned the House Judiciary Committee that Russia was waging “information warfare” on social media to sow discord ahead of the 2020 election, though he said he had seen no direct evidence that they were attempting to target election infrastructure.

In June, a pair of Democrats on the House Intelligence Committee expressed concern over foreign adversaries’ efforts to “exploit the current heightened tensions in America by spreading misinformation, inciting violence, or utilize any other means to support a foreign agenda not in the best interests of American national security, public health, and safety.”

Then, last month, the U.S. intelligence community warned in a statement that Russia was “using a range of measures to primarily denigrate former Vice President Biden and what it sees as an anti-Russia ‘establishment."”

“Some Kremlin-linked actors are also seeking to boost President Trump’s candidacy on social media and Russian television,” it said. At the same time, the statement noted that China and Iran were working to undermine Trump.

Russia has broadly denied allegations of interference in 2016. In 2018 the Justice Department brought charges against the Internet Research Agency and several other defendants linked to the alleged influence campaign, which allegedly included the use of fake social media accounts. The IRA did not respond to the charges, and in March the Justice Department dropped its case against another defendant, saying a securing a conviction against one of the defendants could expose law enforcement methods.