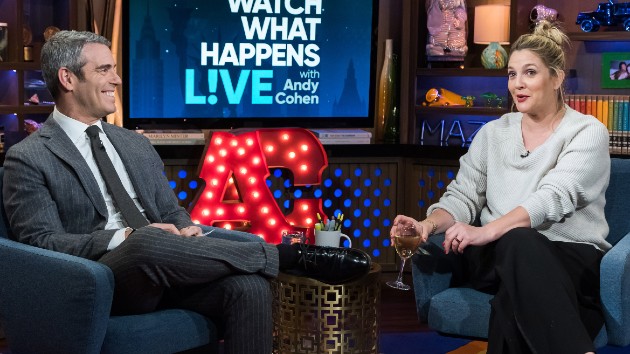 (LOS ANGELES) — In an interview segment ahead of the debut of her new daytime talk show, Drew Barrymore apologized to Watch What Happens Live host Andy Cohen for a 2018 appearance during which she had too much to drink.

Barrymore was clearly slurring during the sit-down with Cohen and her former Santa Clarita Diet co-star Timothy Olyphant, and clearly Drew hasn’t gotten over it. “I drank too much and I have never forgiven myself, nor will I ever forgive myself,” the 45-year-old actress tells Cohen.

“I’m an imperfect person, and I tout that, and I’ve had that liberty since I was a kid because it was all out there. And it was either ‘boo hoo’ about it or say, ‘God, it’s sort of redeeming to not have to pretend to be perfect,"” she tells the Bravo exec-turned-chat show host.

Barrymore added, “But I really want to apologize to you because I really — I just, I will never let that happen again. I’m so sorry.”

For his part, Cohen was gracious, and mentioned she’s not the first star to have taken full advantage of WWHL’s infamously open bar.