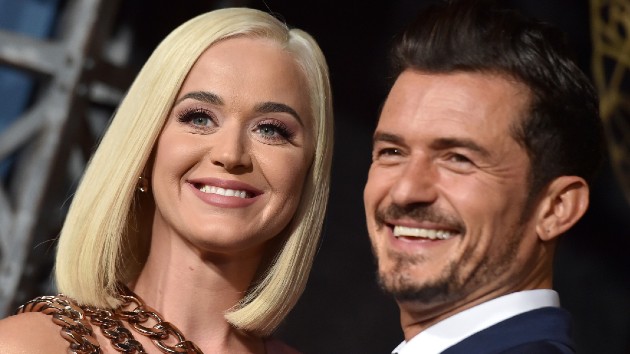 (LOS ANGELES) — Just a mere 24 hours before she drops her new album Smile, Katy Perry announced that she and her Lord of the Rings series star fiancé Orlando Bloom have welcomed to the world their newborn daughter, Daisy Dove Bloom.

However, it wasn’t the 35-year-old American Idol judge nor her fiancé that announced the arrival of their newborn, it was a charity near and dear to the couple’s heart that broke the news.

“Welcome to the world, Daisy Dove Bloom! We are honoured to introduce Goodwill Ambassadors @KatyPerry and @OrlandoBloom’s new bundle of joy,” Unicef announced early Thursday and enclosed a sweet black and white photo of the proud parents holding hands with little Daisy.

Unicef also shared in their caption an announcement on the Bloom and Perry’s behalf, which states, “We are floating with love and wonder from the safe and healthy arrival of our daughter.  But we know we’re the lucky ones and not everyone can have a birthing experience as peaceful as ours was.”

The two went on to express their frustration with the healthcare disparities affecting across the globe as they furthered, “Communities around the world are still experiencing a shortage of healthcare workers and every eleven seconds a pregnant woman or newborn dies, mostly from preventable causes.”  They also mentioned how COVID-19 has exacerbated these issues and placed countless lives at risk.

“As parents to a newborn, this breaks our hearts, as we empathize with struggling parents now more than ever,” the two expressed.  In order to help UNICEF’s fight in ensuring reliable and safe healthcare across the globe, Katy and Orlando announced that they have enacted a new charity in honor of their daughter.

“In celebration of the heart we know our daughter already has, we have set up a donation page to celebrate DDB’s arrival. By supporting them, you are supporting a safe start to life and reimagining a healthier world for every child,” they shared, adding that they hope their announcement will inspire people’s hearts to “bloom with generosity.”

This is Perry’s first child. Bloom has a nine-year-old son Flynn from his previous marriage to model Miranda Kerr.

Perry announced her pregnancy in March 2020 in the music video for her single, “Never Worn White.”