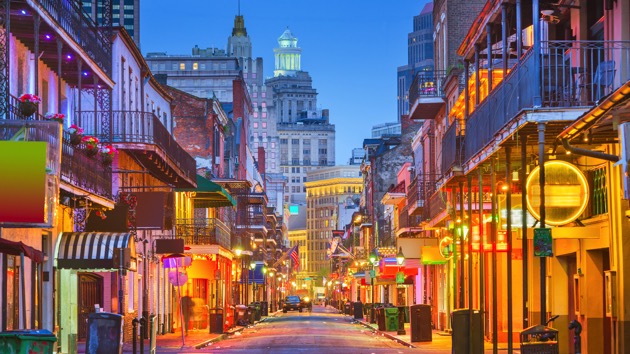 (NEW ORLEANS) — New Orleans Mayor LaToya Cantrell announced that the city has filed suit against the property developers who were overseeing the construction of a Hard Rock hotel that collapsed last year and killed three workers.

The collapse occurred Oct. 12, 2019 in the city’s historic French Quarter. The damage was so extensive, it took about 10 months to recover two of the victims’ bodies.

“We will continue to hold the building’s ownership accountable and stand with our families to seek justice. This lawsuit is a step towards doing just that,” Cantrell said in a statement.

The developers, 1031 Canal, were one of a handful of defendants named in the suit. 1031 Canal did not immediately respond to an ABC News’ request for comment. The company’s contractors were also named, including Heaslip Engineering LLC, which was fined by the Occupational Safety and Health Administration after the collapse. A representative for Heaslip couldn’t be reached.

New Orleans City Attorney Sunni LeBeouf said that the city preferred not to engage in litigation, but did so “only because the property owners have failed to right the wrongs they have caused.”

The city is seeking unspecified damages. The mayor’s office said responding to the collapse cost taxpayers more than $12 million.

“The City has not been compensated in any way for the harm it has suffered in response to this disaster, and this must be addressed immediately in the interest of the people of New Orleans,” said a press release from Cantrell’s office.

The brother of one of the construction workers who died told ABC News that his family was losing patience with the recovery process about 10 months after the collapse, when his brother’s remains still were buried inside.

“We’re tired of being patient,” Frank Wimberly, the brother of Quinnyon Wimberly, said. He noted that the date of the remains recovery was set for July 1, but by the end of the month it still hadn’t occurred.

On Aug. 8, Wimberly’s remains finally were removed. Cantrell’s office didn’t comment on the delay, directing ABC News to 1031 Canal. Officials previously said it was not safe for workers to enter the building to remove the bodies. The body of the third victim, Jose Ponce Arreola, was removed shortly thereafter. The other victim, Anthony Magrette, was removed shortly after the collapse.

OSHA cited the “willful” and “serious” violations of Heaslip Engineering LLC as the main reasons for the building’s collapse, according to documents filed by the federal agency. 1031 Canal was not cited in the OSHA complaint.

The alleged violations include workers being exposed to falling materials and building collapse, a lack of a health and safety program, and design flaws that affected the structural integrity of the building, according to OSHA. Heaslip Engineering LLC was fined $154,214.

James Heaslip, founder of the company, which was the principal engineer on the Hard Rock project, did not respond to ABC News’ request for comment.

An attorney for the company told NOLA.com that OSHA’s conclusions were “unwarranted.”

“We believe OSHA’s conclusions are unwarranted, not supported by the facts and beyond the jurisdiction of OSHA’s statutory authority,” Kelly Theard, an attorney at DeutschKerrigan LLC, told NOLA.com. “Heaslip unequivocally denies any ‘willful’ or ‘serious’ wrongdoing, and will vigorously contest all of the citations through the procedures required by OSHA.”