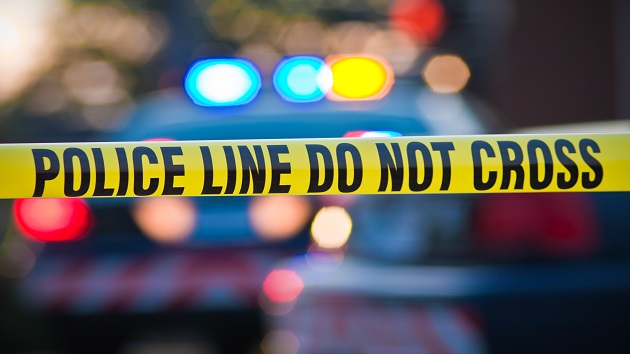 (NEW YORK) — Karl Jordan and Ronald Washington have been charged with murdering Run DMC’s Jam Master Jay in 2002 while engaged in cocaine trafficking, according to an indictment unsealed in the Eastern District of New York that also charged the two with drug offenses.

The pioneering DJ Jason Mizell was shot in the head at point-blank range with a .40-caliber handgun as he sat on a sofa in a Hollis, Queens, recording studio on Oct. 30, 2002.

Washington is currently imprisoned on a prior robbery case. The judge ordered Jordan detained pending his bail application. He is due back Sept. 17.

Jordan is eligible for the death penalty since the murder was carried out as part of a drug deal. Police had never released a motive for Jam Master Jay’s killing but federal prosecutors said today that the motive for the killing resulted from Jay’s previous acquisition of approximately 10 kilograms of cocaine from a narcotics supplier in the Midwest.

The cocaine was allegedly intended to be distributed in Maryland by Washington, Jordan and other co-conspirators, according to prosecutors.

Mizell had recently informed Washington that the defendant would not be involved in distributing the narcotics in Maryland, which precipitated the murder conspiracy, prosecutors said.

“Today we begin to answer the question of who killed Jason Mizell,” acting US Attorney for the Eastern District of New York Seth DuCharme said in announcing the charges.

“Primarily this is a case about a murder that for nearly two decades had gone unanswered,” DuCharme said, noting how the office has been working the case for 18 years. “We don’t give up on these cases.

NYPD Chief of Detectives Rodney Harrison, a Queens native and self-described Run-DMC fan, said “this arrest was very important to me.”

“There are certain crimes for which the passage of time affords no safe harbor and murder is one of them,” DuCharme said.

Defense attorney Michael Hueston entered a not guilty plea to the 10-count indictment on Jordan’s behalf.

All of Biden’s executive orders, and other notable actions, so far
Health care worker and mother of 2 loses home in fire, now her colleagues are stepping in
3 teens arrested in mysterious Colorado arson that killed 5 members of Senegalese family
County apologizes for seniors having to wait outside in cold for COVID-19 vaccine
US Army changes standards for women to allow ponytails, nail polish, breastfeeding
Federal officials misappropriated millions earmarked for biomedical research: Investigation