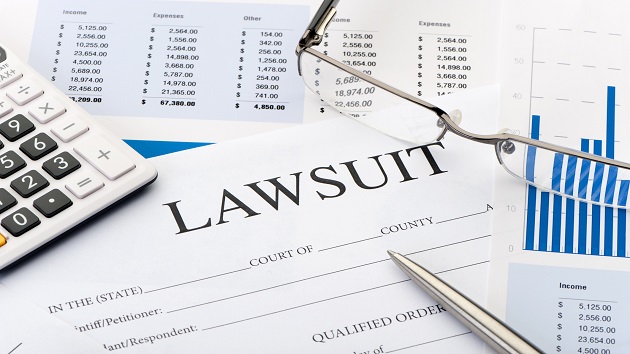 (NEW YORK) — A group of Democratic state attorneys general are now in the final stages of preparing legal action against the Trump administration for recent cost-cutting changes made to the United States Postal Service, a lawsuit that one official said could demand a halt to any cutbacks that could impede mail-in voting.

As many as 10 state attorneys general are now involved, two state officials involved in the effort told ABC News. Among them is New York’s Letitia James, who called recent changes at the postal agency “deeply disturbing” in a statement released Monday.

“I, along with numerous other state attorneys general from around the nation, are now swiftly examining every legal option to protect the postal service and Americans’ right to vote absentee,” James said.

The suit is expected to mount two major constitutional challenges to the recent cutbacks, according to one of the officials, a state government attorney. States will assert that the federal government is trying to impede their constitutional right to oversee their own elections. And they will argue that the Trump administration is interfering with every American’s individual right to participate in the election.

The lawsuit will also argue that Postmaster General Louis DeJoy failed to follow administrative procedures when he made cuts to overtime and decommissioned equipment – steps the states will ask the courts to halt, the attorney said.

Some of the elected officials involved sought to hold back further details on the lawsuit, which the two sources said could land as early as Tuesday.

“I’m not going to give away our whole strategy,” said Connecticut Attorney General William Tong on Monday morning on MSNBC. “But we have a plan to address the service breakdowns that have already occurred.”

The attorneys general from Connecticut and New York have joined a growing list of state leaders including those from Virginia, Massachusetts, Pennsylvania, North Carolina, Minnesota and Washington — all Democrats — in discussing how to sue the administration, sources said. Those conversations remain ongoing.

“Politically motivated lawsuits are not rooted in giving Americans the power of the vote,” Matthews said in a statement to ABC News. “While Democrats are spreading baseless conspiracy theories about the Trump administration’s assistance to the USPS to score political points, President Trump will continue to work to ensure the security and integrity of our elections.”

The United State Postal Service did not immediately respond to a request for comment.

Maryland Attorney General Brian Frosh, a Democrat, said his office has been inundated with letters and calls raising concerns about the potential for cutbacks at the Post Office to impede voting.

“Trump attacks on the postal service are designed to disrupt the election,” Frosh said. “They strike at the core of our democracy. That is bad enough, but he and DeJoy are also hurting innocent bystanders: Americans who are waiting for their medicine or their social security checks. This conduct is harmful, illegal and unconstitutional. We will take whatever steps necessary to protect Marylanders.”

With more Americans expected to vote by mail in the upcoming election than ever before, Democrats have raised issue with a series of cost-cutting reforms enacted by DeJoy, a longtime Republican financier and Trump donor who was appointed in May.

Critics say those measures have slowed mail service, prompting questions about whether it is part of a concerted effort to undermine absentee voting — a platform the president has repeatedly, and without evidence, said would lead to election fraud.

President Trump denied on Monday the he had attempted to slow mail service ahead of the election. “I have encouraged everybody to speed up the mail, not slow the mail,” he said.

On Monday, House Democrats announced that DeJoy had agreed to testify before Congress on August 24.