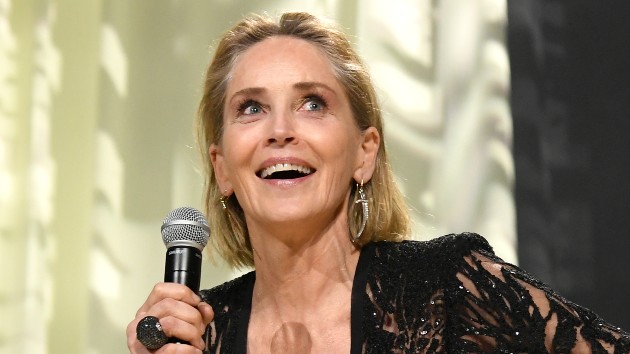 (NEW YORK) — Oscar-nominated actress and activist Sharon Stone has put pen to paper, with a new memoir called The Beauty of Living Twice, due out in March.

According to the publisher, 62-year-old Stone not only, “talks about the many roles she played, her life-changing friendships, and her accomplishments and disappointments,” but her memoir also examines her violent and traumatic childhood, and her battling back from a massive, near-fatal stroke she suffered in 2001.

The publisher promises, “She writes in chilling detail about the day she nearly died…and about the effects that stroke had on her health and family and on her fame and fortune.”

The book will also detail Stone’s activism for AIDS research and other causes.

Knopf publishing senior editor Tim O’Connell calls The Beauty of Living Twice, “one the bravest memoirs I’ve ever read,” adding, “it’s a celebration of strength and resilience, a reckoning, and a call to activism.”

COVID-19 canines: How dogs may help sniff out the coronavirus in humans
Mandy Moore expecting first child, a baby boy, with husband Taylor Goldsmith
Idris Elba, Angela Bassett and others to help launch new opportunities for diverse first-time filmmakers
Mary Trump alleges in lawsuit her family ‘fleeced’ her out of millions of dollars
Illinois Facebook users tagged in photos can now submit claims as part of $650 million settlement
‘Father of the Bride’ cast reuniting for mini-film benefiting World Central Kitchen