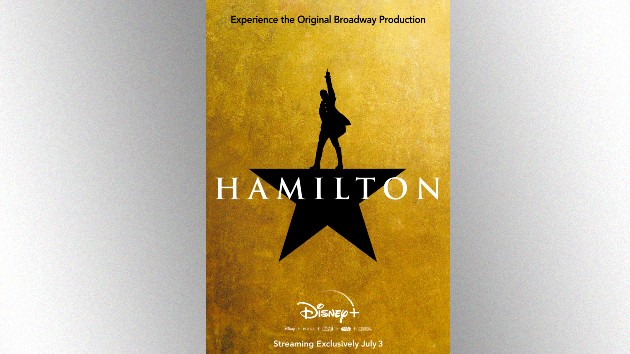 Odom, who originated the role of Aaron Burr that won him a Tony Award, recently told Dax Shepard on his podcast Armchair Expert why he nearly bowed out of the opportunity.

The 39-year-old explained when executives approached him about filming, he remained adamant that he would not “sell it away for magic beans” nor “give it away” because “This is my area of expertise. This is all I have. This is my life’s work on the stage.”

Odom understood that he was a major part of the production and wanted to ensure he would be compensated fairly. So, he did his homework and asked around to find out what Aaron Tveit, a white actor, made when performing Grease Live! on TV.

Apparently, those behind the filmed adaptation didn’t budge, which resulted in the Grammy Award-winner to make one final stand.

“The day before we shot that movie I called out. I was not kidding…I was not coming to work the next day to do the movie,” Odom attested. “It was a principle for me.”

While it is unknown what executives paid the Broadway star in the end, Odom did go on to appear in the movie, which was originally slated to hit theaters in October 2021.

However, due to the COVID-19 pandemic, it was released early on Disney+ last July, much to the delight of fans everywhere.

Mark Wahlberg’s company donates over one million masks to US schools
Democrats lean on the late-Rep. John Lewis in new voter registration push
CDC director, despite Trump criticism, sticks to timeline that most Americans to get vaccine by summer 2021
Suburban women grieve Justice Ginsburg, brace for political fight over replacement
Facebook hit with lawsuit over Kenosha protest deaths
Living on the edge: More than 4 in 10 households face serious financial problems during pandemic: POLL