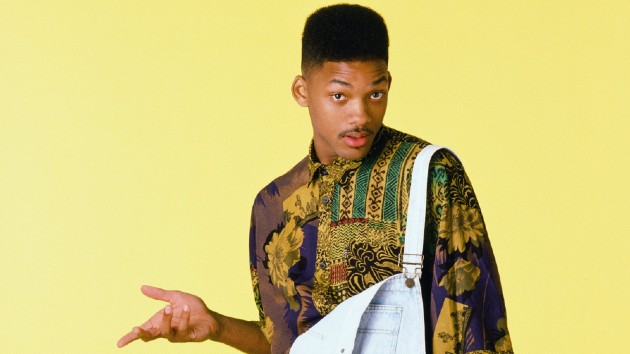 (LOS ANGELES) — The Fresh Prince of Bel-Air is getting flipped-turned-upside down.

The Hollywood Reporter reports that the highly-celebrated family sitcom that made Will Smith a star is being adapted into a drama series, based on a viral YouTube trailer created by writer Morgan Cooper.

As a Fresh Prince super-fan and co-executive producer, Cooper reimagined the hit series as a serious drama that tells the story of a Philadelphia teenager adjusting to his new life with his rich family in Los Angeles.

Cooper created and directed the four-minute trailer in March 2019.  It’s since racked up over five million views, and ultimately caught Will’s attention.

The new series, titled Bel-Air, has reportedly been in the works for over a year with the show’s original executive producers, who include Smith, Quincy Jones, and Benny Medina, as well as the show’s creators, Andy and Susan Borowitz.

Multiple streaming outlets, including Peacock, Netflix, and HBO Max, are currently bidding on the potential series, which is a co-production between Smith’s Westbrook Studios and the show’s original producers Universal TV.

Produced by Jones and Warner Bros, The Fresh Prince of Bel-Air ran from 1990-1996 on NBC. Smith became a  box office superstar after spending six seasons on the comedy series as the funny Philly street kid.

Black teens speak out after viral video shows them being forcibly arrested
“The Bachelorette” recap: Katie lays down the law after learning some of the men may be playing her
Members of Congress hold moment of silence for Americans who died of COVID-19
Rudy Gobert named NBA Defensive Player Of The Year
Nature-based or lab leak? Unraveling the debate over the origins of COVID-19
“There is no justification for my behavior” — Chrissy Teigen apologizes to her “targets” of cyberbullying